One man killed in single vehicle crash near Picture Butte 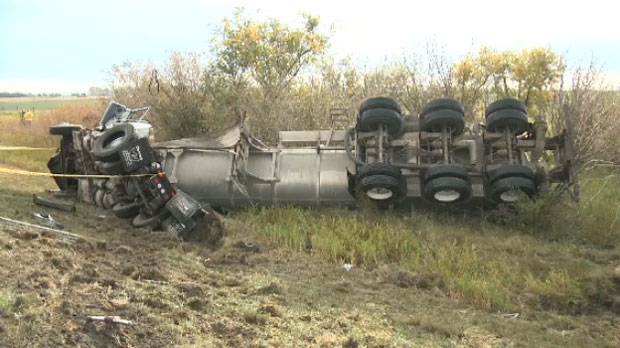 The driver of the semi died at the scene of the crash on Highway 25 near Picture Butte.

The 65-year-old driver of a semi died after losing control and rolling the vehicle into a ditch near Picture Butte on Thursday night.

It happened just after 8:00 p.m. on Highway 25 when the truck that was hauling a load of organic biofuel lost control on a turn. Crews are mopping up the spilled biofuel, which is non-toxic.

The driver from Lethbridge worked part-time for Lethbridge BioGas, and RCMP say no drugs or alcohol were involved.

The crash is under investigation and no name has yet been released.