Zoey, the 2019 Kainai Tiny Tot Princess, has been helping the community by raising money to buy water for the homeless.

The idea came when she realized that water fountains were not running due to the pandemic and she was worried about what that meant for the homeless community and wanted to do her part to help.

"Everybody needs to share because sharing is caring," she told CTV News.

"Some people don't have a lot of stuff but it doesn't matter what they have, they just need to get some food and water."

Zoey, along with the help of her sister and her parents, started the fundraiser on June 3.

They had an initial goal of raising $300, but quickly blew that number out of the water.

Some of those donations came from Fort McMurray, British Columbia and even Staten Island, N.Y.

With that money, Zoey and her family will be able to deliver 54 cases of water for the next seven weeks.

They picked up 54 cases on June 11 from the Great Canadian Wholesale Club, which generously donated an additional 30 cases. 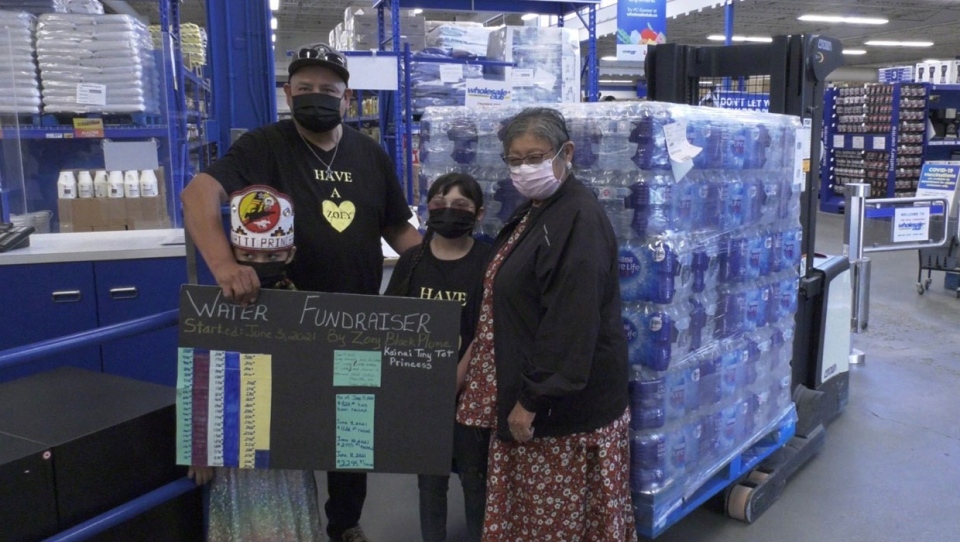 Zoey and her family then went and handed bottles out at Galt Gardens before dropping them off to the Sage Clan, Moses Lake and Standoff.

Mark Brave Rock is the lead for the Sage Clan and says he's so impressed by everything that Zoey does.

"This is not her first time helping us out and it's just remarkable," said Brave Rock.

"She has such a heart to help us out and coming from children, well, the future is better thanks to children like her."

Back in November and December, Zoey organized bagged lunches to hand out to the homeless and has also started planning a clothing drive for her next fundraiser.

Zoey's big sister, 10-year-old Olivia Black Plume, says he couldn't be more proud of everything her sister is doing.

"It's just been a great experience knowing that Zoey's one of the best little kids in the world." 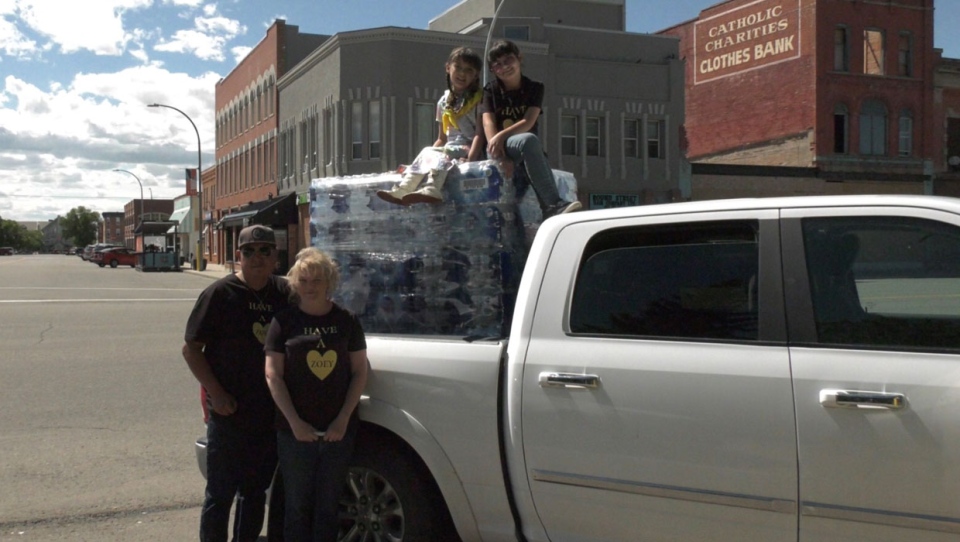 Despite all the attention Zoey is getting, she said she couldn't have done it without her big sister.

"She's helping getting the people support and getting bottles of water and she's helping a lot," she said.

The girls' parents, Joshua and Giselle Black Plume are immensely proud of both their daughters and everything they've achieved.

"Zoey and Olivia really inspire us, but now, to have these two little girls inspire a country, is just phenomenal."

To everyone who donated, Zoey had one last thing to say before dropping off her mountain of water.

"Thank you so much, because other people really needed it."

Zoey's fundraiser will be continuing until June 25.