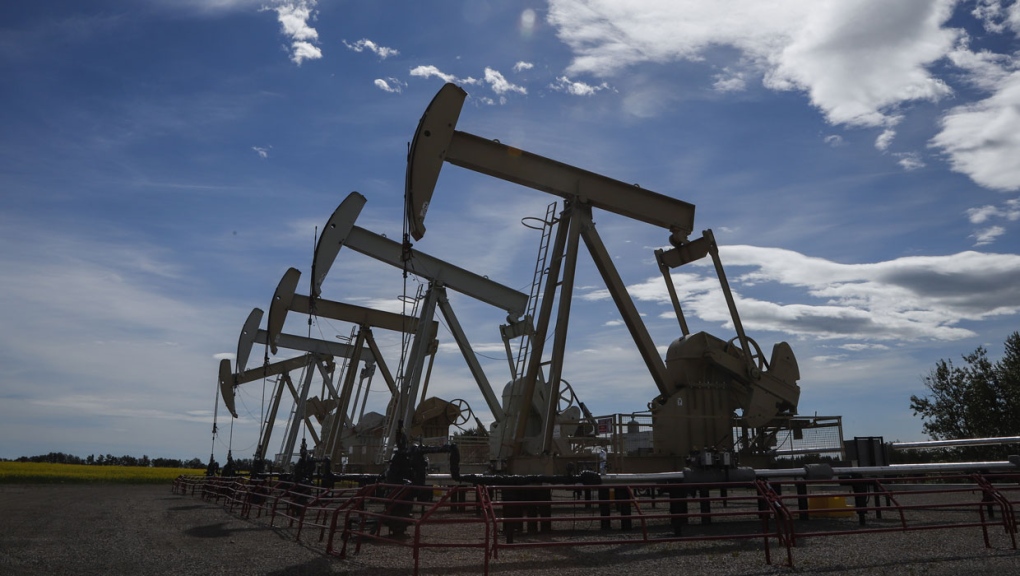 Pumpjacks draw oil out of the ground near Olds, Alta., on July 16, 2020. THE CANADIAN PRESS/Jeff McIntosh

CALGARY -- One year after oil prices crashed to their first and only negative close during a perfect storm of energy demand bad news, Canada's oilpatch is poised to report a first-quarter gush of cash flow thanks to a dramatic recovery in global demand.

The negative close was caused by a mix of technical commodities market factors and concerns about oversupply as storage tanks grew dangerously close to full amid a collapse in demand fuelled by pandemic lockdowns and short-lived price war between Saudi Arabia and Russia, said senior commodity analyst Martin King of RBN Energy in Calgary.

“Everyone was very, very negative on oil and oil demand,” he recalled in an interview, adding the remarkable level of stabilization since shows how resilient the oilpatch can be.

“So the market essentially wound up balancing itself out and we had a recovery from the depths of hell to not quite to heaven in terms of current prices, but certainly a very large scale recovery.

“Those two forces of supply and demand were brought back into a much better balance and with the demand recovery we're seeing this year, we're seeing inventories worldwide get drawn down to more normal levels.”

On Friday, the WTI price settled at US$63.19 per barrel, a level at which most production in North America, including in the Alberta oilsands, is profitable, said King.

On Wednesday, the International Energy Agency raised its world oil demand estimate for 2021, pointing to further signs that the global economy is recovering faster than previously expected, particularly in the U.S. and China.

It now expects world oil demand to expand by 5.7 million barrels per day in 2021 to 96.7 million bpd, following a collapse of 8.7 million bpd last year.

Expectations are high for the Canadian oilpatch's first-quarter results season, which starts Monday after markets close with PrairieSky Royalty Ltd., several analysts who cover the sector said in reports over the past week.

“Emerging from one of the worst cycles in recent memory, we believe the sector is now positioned in some of the healthiest ranks,” says a report from analysts at National Bank Financial.

The end of Alberta's mandatory crude quota program in December means that oilsands producers will show a “significant uptick” in production in the first quarter, said CIBC analysts in a report. Canada's discount to the U.S. benchmark oil price is likely to shrink in April and May, the CIBC report said, as planned maintenance shutdowns take at least 500,000 barrels of western Canadian crude per day offline.

The analysts expect the cash stockpiles to be used for debt reduction and balance sheet repair after a year of COVID-19 induced shock, rather than a rush into capital spending, although they expect a recent consolidation trend to continue.

That's consistent with the message presented by Alex Pourbaix, CEO of oilsands producer Cenovus Energy Inc., who said earlier this month the company would use expected higher oil prices this year to pay down debt in the wake of its $3.8-billion takeover of Husky Energy Inc.

“We are going to be basically paying all of our free cash onto our balance sheet until we get to $10 billion (in net debt) but ultimately I'd like to get significantly lower ... something in the range of $8 billion,” said Pourbaix at an investor symposium.

“As we move from 10 to eight, we'll start to consider returning cash to shareholders or maybe modest growth.”

This report by The Canadian Press was first published April 18, 2021.