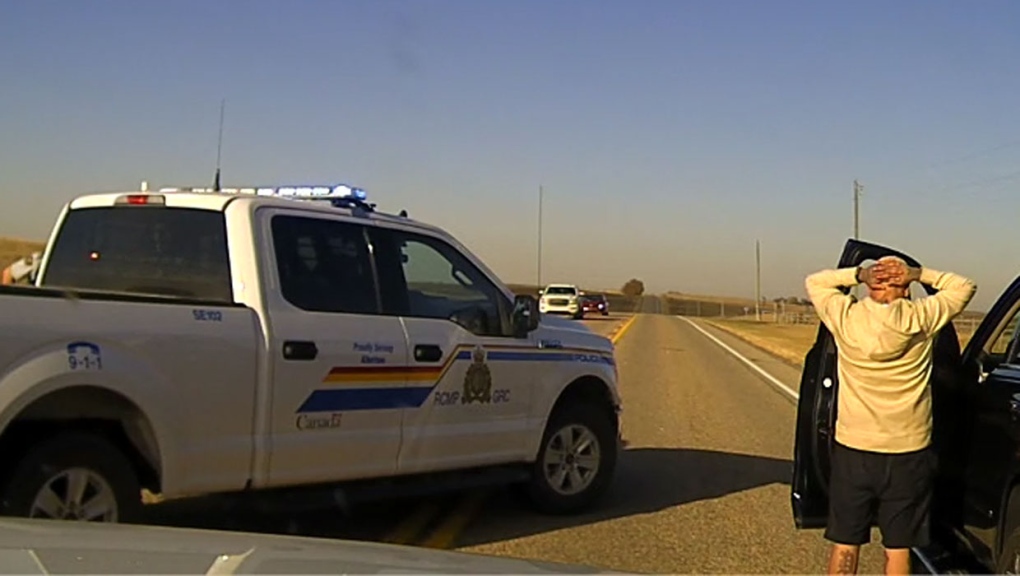 Strathmore RCMP arrested two people in connection with a stolen truck with help from the emergency service OnStar. (Supplied)

Officials say they were notified by members of the Calgary Police Service who said they were tracking a stolen GMC Yukon through the subscription-based communications and emergency services system.

Police said the vehicle had left the city and was heading east on Highway 1 toward the town of Strathmore.

Strathmore RCMP members soon located the SUV and monitored it until it could be disabled remotely by OnStar in a safe location.

"The vehicle was disabled and came to a stop on Highway 564 in the area of Range Road 254," police said in a release. "A high-risk vehicle stop was conducted and both the driver and passenger were safely taken into custody."

Police searched the interior of the vehicle and discovered several pieces of stolen identification, bank cards, business membership cards and a tablet.

The suspects had also caused significant damage to the interior of the vehicle by tearing apart the centre console in an attempt to defeat the shutdown command, police said.

The passenger, 20-year-old William Rider of Calgary, was charged with the same offences as Bluebell as well as: