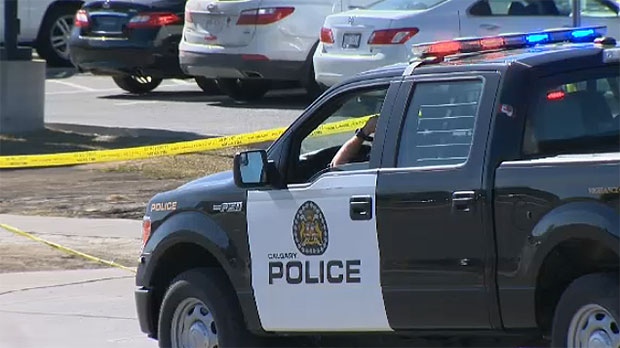 I was arrested once – four and a half years ago – and my time in incarceration lasted about 27 minutes.

It was a gusty Tuesday evening on November 28, 2011 and wicked windstorms were threatening to blow glass, tin, and other construction debris off the roofs of downtown buildings to the streets below.

Calgary police were rapidly shutting down two blocks in the core and CTV was covering the story. My camera man was already set up behind the police barriers and I was running to meet him. Cops were on each street corner, politely telling pedestrians to find a different route…except for one.

An incredibly obnoxious officer, standing alone on a sidewalk, was yelling at everyone who walked by, including an elderly lady who spoke very little English and was confused as to why she couldn’t enter a crosswalk.

It was that officer standing between me and my camera man.

I asked him if I could walk to our news position, which we‘d already been approved to set up.

He yelled at me.

I yelled back at him.

He grabbed me, slapped handcuffs on, and told me I was under arrest for obstructing a police officer. He put me in the back of a paddy wagon, where I sat alone for almost half an hour.

Eventually, the van door was opened by the officer’s superior, who apologized for his officer’s overreaction, and took the cuffs off, ending my career as a criminal even before I could get any ink.

I’ve dealt with many unprofessional officers in my time as a reporter. I’ve also been helped by many, either with information or access to crime witnesses and victims.

The relationship between the police and the media is a complicated one – compare it to a divorced couple who both think they know what’s best for the kids, but in this case, the public.

Recent revelations that Calgary’s police chief wants to root out those in his department who’ve been leaking information to reporters brings that discussion back to the surface.

That followed a police union newsletter referring to reporters and defense lawyers as “butt-holes”.

I’m not surprised by the chief’s comments.

Honestly, I don’t even blame him – if I ran an organization, I’d prefer my dirty laundry to hang inside as well.

What I do take issue with is the notion that confidential sources don’t serve the public – when in reality, they’re often the only ones who do.

My colleague Scott McLean did an extraordinary series last year about police officers constantly speeding without good reason, including in school zones, with absolutely no consequences despite the obvious risk of killing a child.

Another colleague, Jamie Mauracher, did two pieces recently - one exposing cops using department resources for a private company and another examining why a disciplinary hearing for an officer was being kept from the public.

All of those stories were of critical interest to the public that puts its trust in the police department.

They also came as a result of information being fed to our reporters from people inside, or close to the police service.

It’s not necessarily malicious or dishonest – it’s usually simply concerns about looking bad, which I understand, though don’t agree with.

The public needs sources who aren’t worried about their employer’s image if it will bring positive change.

A friend of mine is married to a cop.

One night, he was called to a home where a husband and wife were arguing.

The fight escalated just before he arrived and within moments of walking inside, my friend’s husband was suddenly on the floor, wrestling with the abusive husband who was desperately trying to get his gun.

For a few terrifying seconds, it looked like the abuser might succeed before my friend's husband was able to overpower him, just as his back-up arrived.

I only say that as a reminder that at times, this is an extraordinarily dangerous job.

Not usually.  But sometimes.

And as much as reporters get frustrated by the obfuscation from the police department, I assume they are frustrated when dangerous heroics are forgotten.

So we can probably all see the importance of working together.

Let’s do it for the kids.