She's walked the halls of Calgary City Hall many times in her four years as a councillor, but Jyoti Gondek is no longer just a guest in the mayor's office.

The mayor-elect met with outgoing mayor Naheed Nenshi Tuesday, just hours after Gondek earned 45 per cent of the vote in the race to become Calgary's next mayor.

The pair spoke briefly in front of gathered media before a closed door meeting in the library across the hallway from Gondek's new office.

"There's two or three things we have to talk about today that just have to get done fast and then you can exhale," Nenshi said to Gondek.

"The keys are yours and you've got the opportunity to do amazing things," he said.

"Thank you for leaving it in good shape," Gondek responded. 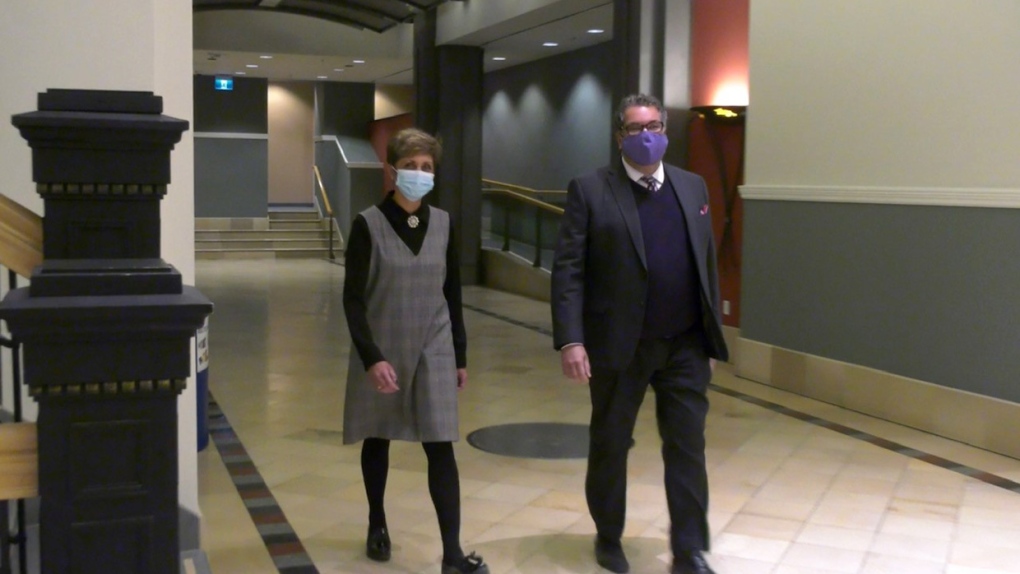 According to unofficial results from Elections Calgary, Gondek received 58,907 more votes than runner up Jeromy Farkas. Twenty-seven candidates were running for the mayor's seat after Nenshi announced earlier this year he would not seek a fourth term in office.

Gondek won't have much time to acquaint herself with her new office and new council members. Deliberations for Calgary's $4 billion-plus budget are set to start in just a few weeks.

The mayor-elect is coming into office with a sluggish economy and a high downtown vacancy rate. Gondek has pledged to work with her new council colleagues and Calgary's business community to attract investment and reinvigorate the downtown core — and they'll need to do so as they continue to navigate through the pandemic.

Just three of the councillors Gondek worked with for the last four years were re-elected.

They'll all be officially sworn in on Monday.