Over $1 Million in marijuana plants seized 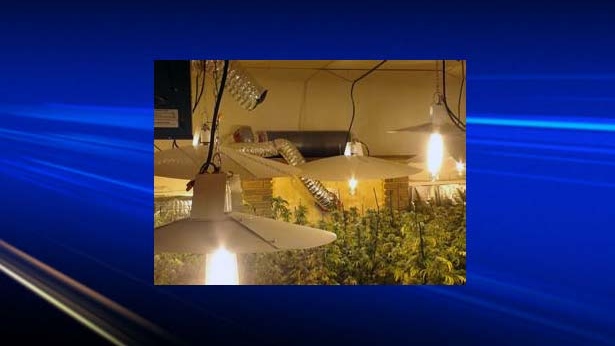 1,096 pot plants were confiscated in two separate busts with an estimated street value of over $1.3 Million.

An integrated team of police personnel executed a warrant at a home in Butte Valley Bay in Balzac in late November and found 444 marijuana plants and growing equipment.

Another warrant was executed on December 4 at a residence in Panamount Gardens N.W. and police found 652 marijuana plants. Investigators say that the furnace and hot water tank were altered to supply carbon dioxide to the plants.

Both grow ops used electrical bypasses which allowed the occupants to steal an undetermined amount of electricity.

The following Calgary residents are charged as a result of the Balzac investigation:

The following Calgary resident was charged as part of the Panamount Gardens investigation:

“Marijuana grow operations jeopardize the safety of residents in both urban and rural areas,” said CFSEU-Calgary Acting Staff Sergeant Sid Procee. “This is a reminder that the Green Team works in communities large and small, and we urge residents to continue reporting suspicious activity so we can reduce the potential for harm.”

To report suspicious activity or a suspected marijuana grow operation in your community, contact police or Crime Stoppers at 1-800-222-8477 (TIPS).