A family impacted by Alberta's surgery delays is calling the last two months of waiting "painful."

The first appointment got canceled due to what Belanger was told was a low number of anesthesiologists available.

The second was also pushed back.

The third time around, Natalie had her pre-surgery prep completed and was ready to go. But just days before she was set to go under, the family was given even more bad news.

"It came down to the date again and then, yes, it's canceled because there's still too many COVID cases going on," Belanger told CTV News. "It is a really challenging thing. You don't have the words for it. You just have to deal with it day by day."

Roughly 15,000 surgeries have been postponed in Alberta amid the fourth wave of COVID-19. 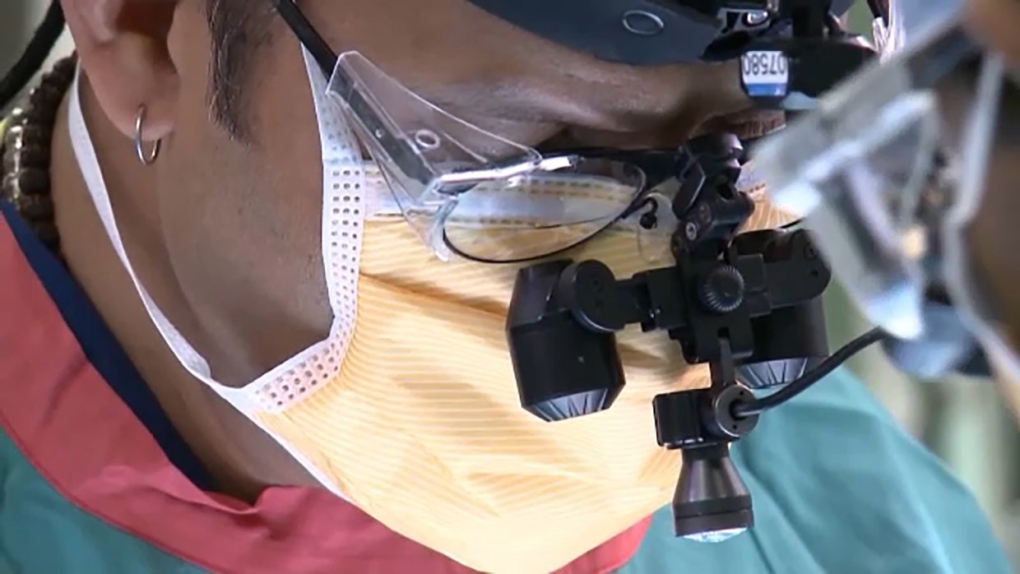 Roughly 15,000 surgeries have been postponed in Alberta amid the fourth wave of COVID-19.

Natalie needs multiple procedures, and her dad says trying to explain the situation to his disabled daughter is only getting more difficult.

"The hardest thing that you can't really answer is I got my shots, I've been staying home, so why can't I do this? You don't really have an answer," he said.

Minister of Health Jason Copping told reporters on Thursday the province is increasing the number of surgeries from what Alberta Health Services had originally planned for the period from 25 per cent to 66 per cent.

But the province is still unable to speculate as to when the backlog may be run through.

30,000 surgeries were postponed over the first three waves of the pandemic, and it took until August to catch up.

"We are committed to working with AHS to get the surgeries rescheduled as quickly as possible," Copping said, "and we are reducing the COVID surge beds at this point in time (and) putting those resources back into doing surgeries."

The minister acknowledged surgery numbers are still fluctuating and pointed to that fact as a reason for unvaccinated Albertans to get their shots.

"We're not out of the woods yet. Our system is still running over capacity in terms of the number of ICU beds that we have normally."

The official opposition believes the crisis is a preventable one.

"Because this government chose to crash us full-on into the fourth wave," NDP health critic David Shepherd said. "This did not need to happen. We are going to come out of this fourth wave in the most weakened state we could possibly be in as our healthcare system tries to recover."