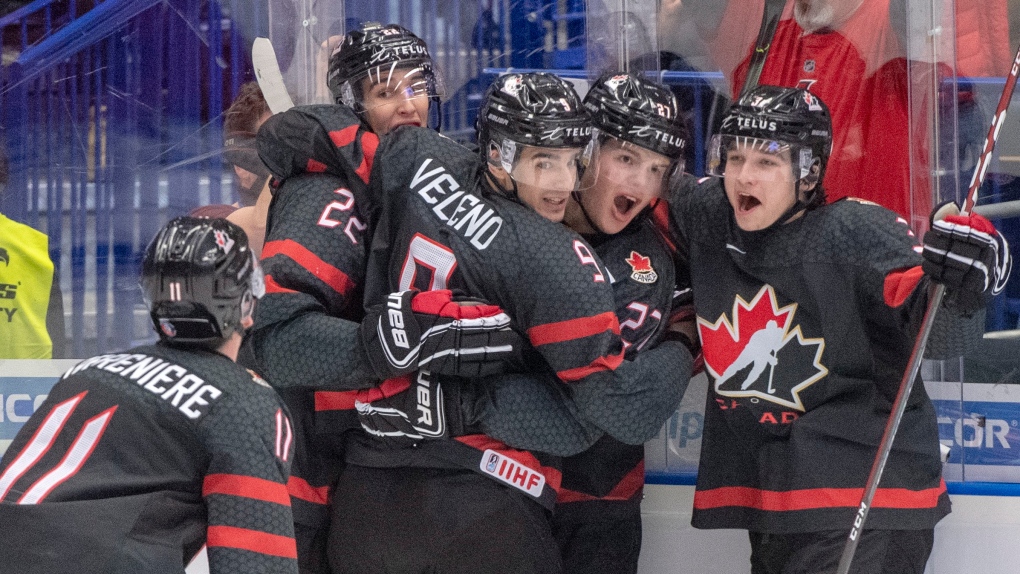 LETHBRIDGE -- Sometimes all it takes is a bounce to turn despair into delight.

When Calen Addison’s point shot off of Connor McMichael’s shin bounced into the Russian net to pull Canada within a goal at 3-2 midway through the third period of the gold medal game Sunday, Canadians across the country replaced  a sense of dread with a new feeling: hope.

Just a few minutes later, hope would turn to unbridled euphoria for players and millions of fans watching across the country.

Addison passed the puck across to Team Canada captain Barrett Hayton, who, despite playing through a shoulder injury, ripped one upstairs over Russian goaltender Amir Miftakhov to knot things up 3-3 late in the game.

Then with just under four minutes to play, Addison started the rush that saw Akil Thomas score the go-ahead golden goal for Canada, giving him two biggest assists of his life in a single afternoon.

Actually, make that three assists, two of them primary, for Addison in the biggest game of his life.

That's because his Lethbridge Hurricanes teammate Dylan Cozens scored the opening goal of the game for Canada and was battling in front of the net when Hayton’s game-tying goal went in.

For a pair of talented kids from Whitehorse and Brandon, Man., the gold medal match was a story of resilience overcoming misery.

"We dealt with so much adversity in this tournament. Suspensions, injuries, and guys just battled," Cozens said. "There’s sickness … Byram is puking all last night and he comes out here and battles to get an assist on (the second) goal. Just a bunch of guys battling and putting the country first."

Cozens became the first player from the Yukon to represent Team Canada at the World Junior Hockey Championship, and now, the first to win gold.

When asked what he’d said to young kids growing up who watched him at the tournament, Cozens said the secret to his success was a lot of so-called "rise and grind."

"Believe and your dreams can come true," Cozens said. "If I knew I’d be here 10 years ago, I don’t know if I would have believed it, but I worked as hard as I could and I got here." 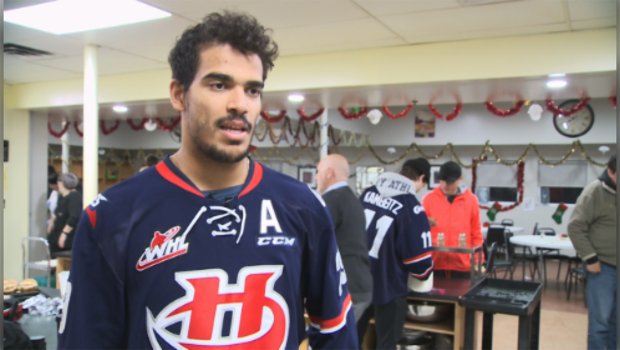 Back in Lethbridge, Cozens and Addison’s Hurricanes teammates were excited that their friends had achieved something so special.

"We’re always going to be watching Team Canada in the gold medal game anyways, but to have a couple of friends and teammates on the team is huge as well," Hurricanes defenceman Koletrane Wilson said, adding he couldn’t wait to celebrate with them when they return to Lethbridge.

On top of celebrating, Wilson also had one pointed question he planned to ask — how did it feel?

"I’m guessing they’ll just say speechless, but obviously I’ve been watching world juniors since I can remember and to have some people who describe how it feels will be awesome," he said.