CALGARY -- Two Calgary mothers say their injured sons were turned away for care at the Children’s Hospital because they each had their other children with them when they rushed into the front doors.

They’re two separate incidents and the moms have never met, but they share similar stories and concerns about the rule and what it means for families.

It was September 11th when Victoria Lambert’s 10-month-old son fell and hit his head and mouth. Lambert’s husband wasn’t home, so she took her son and five-year-old daughter and drove to the hospital.

“It was really scary, because you could hear him, like, choking on the blood he was swallowing,” Lambert said.

But when the three arrived, Lambert says staff told her they couldn’t all come in and said she needed to find someone to watch her daughter before they’d assess her infant son.

“There were people in there with two parents and one kid. So, had my daughter been 18, she would’ve been allowed in, but because she’s five, she wasn’t,” she said.

Two weeks later, a similar incident happened to Jessica Neil. Her four-year-old son hit his head while playing outside, and she drove him to the Children’s along with her seven-year-old son.

“We were turned away from the door at the Chidlren’s by the security guard inside the doorway. I had my seven-year-old with me, which was what the problem was,” Neil told CTV News. 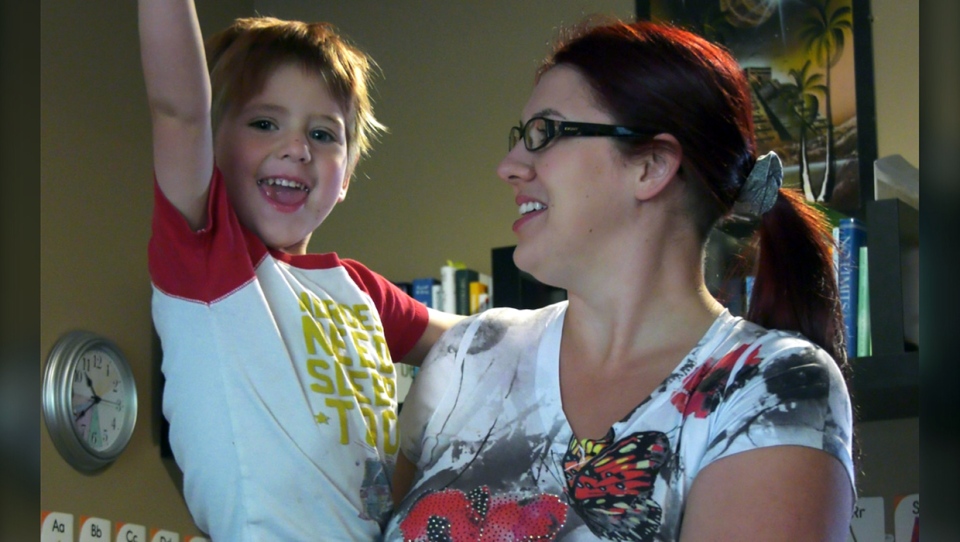 AHS says no one should be turned away

Fortunately both of the children suffered only minor injuries and have fully recovered, but their parents are trying to make sense of the hospital rules.

“We’re talking about kids. So, my child is fine and that’s great. But someone else’s kid isn’t going to be and that’s when the policy will change? That’s not acceptable,” Neil said.

Alberta Health Services says the policy was implemented at Alberta’s two children’s hospitals when the pandemic started here in March. Two visitors are allowed with a child within the Emergency Department, but they both have to be over the age of 18 — meaning younger siblings are restricted from being there and caregivers will have to find a family member or friend to take them out of the emergency area.

AHS officials stress that no one is supposed to ever be turned away from care and children will be monitored by a triage nurse as soon as they arrive at the hospital, but  both mothers say they were flat out told to leave until the second child was taken somewhere else.

“What do single parents do? What do parents do who have partners who work out of town? What if it was a more timely matter?“ said Lambert.

AHS says it understands “these visitor restrictions can cause stress and anxiety for some families,” but adds the decision was made to limit interactions between patients, families and staff.