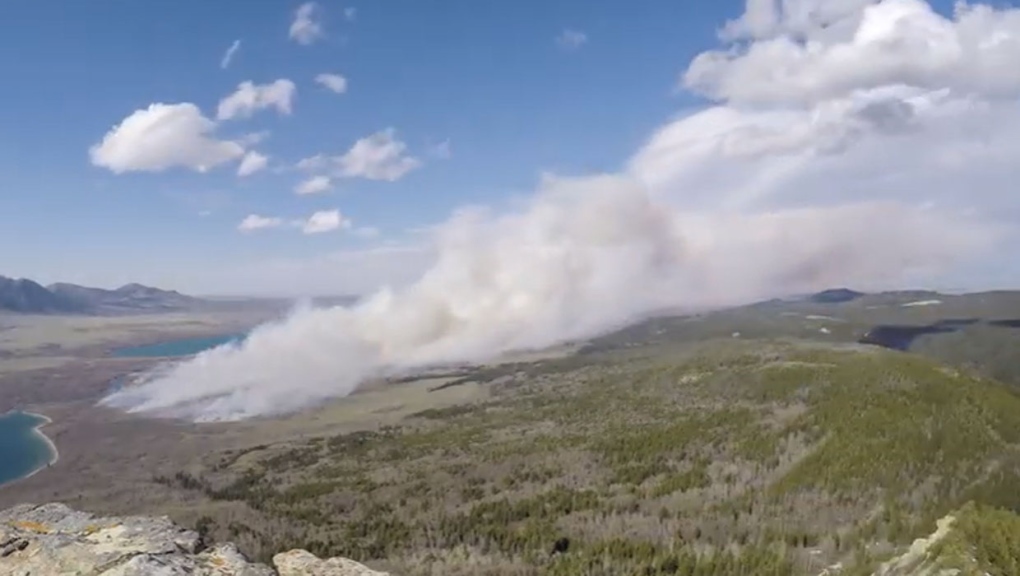 Parks Canada says a prescribed burn in Waterton Lakes National Park will promote the restoration on native prairie grassland as well as prevent future wildfires in the region. (Supplied/Parks Canada)

Crews will be burning an estimated 1,170 hectares of land in Waterton Lakes National Park starting Tuesday in order to help restore native species of plants and trees in the park.

Parks Canada says in a release that its fire managers are set up to burn areas of land south of the Chief Mountain Highway and Maskinonge wetland and east of Lower and Middle Waterton Lake, better known as Y-Camp.

The operations will be conducted as long as weather permits and will take an estimated two days to complete.

Those in the area are being warned to expect smoke and flames that could be visible from a long distance.

The smoky conditions should have little impact to visitors to the park, but Parks Canada says closures and safety precautions are in place.

"Parks Canada has established fireguards around the prescribed fire area, deployed equipment to protect infrastructure and natural and cultural resources, and procured additional personnel and equipment resources," officials said in a release.

Officials say the work is aimed at controlling the spread of invasive trees into the native prairie.

"Historic photographs show that fire suppression has allowed trees to encroach on park grasslands, with as much as 30 per cent of grasslands lost over the last 100 years," Parks Canada said.

The prescribed burn will also reduce the risk of wildfire for properties on the park's boundary.

More details about prescribed fires in Waterton Lakes National Park's Y-Camp, as well as a detailed map of the closure area, can be found on Parks Canada's website.

Nick Kyrgios cursed at the Wimbledon chair umpire and asked, 'Are you dumb?' He demanded to see a Grand Slam supervisor after questioning why his opponent, Stefanos Tsitsipas, didn't forfeit their ever-contentious, never-boring match for angrily hitting a ball into the stands after dropping the second set.