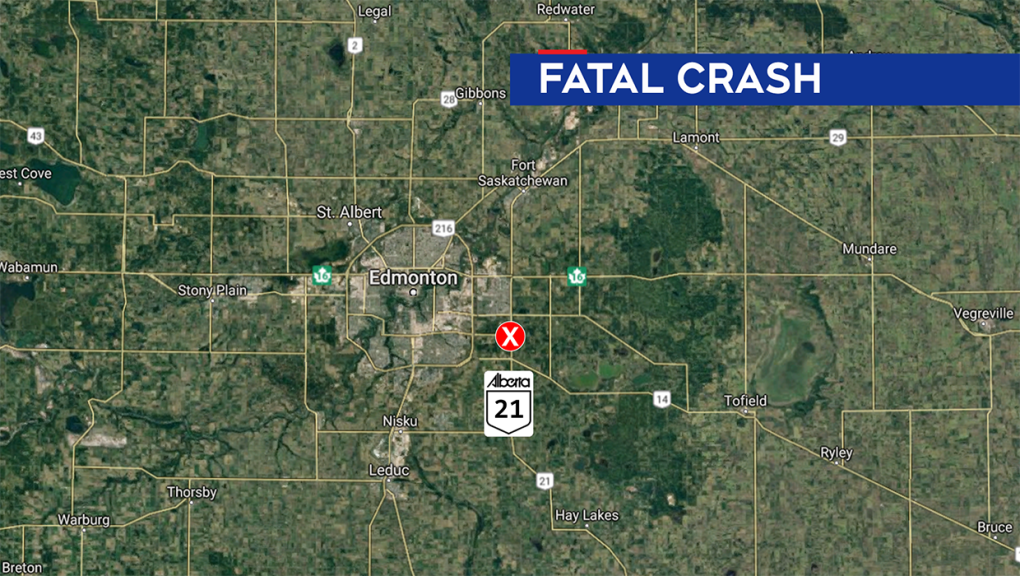 CALGARY -- One woman is dead following a collision on Highway 21 that took place  shortly after 8 p.m. Sunday evening.

Strathcona County RCMP said that the female passenger of a vehicle was declared dead on scene, while the driver was taken to hospital with minor injuries.

On Monday, they revealed the vehicle crashed into a utility trailer that had come off a southbound truck.

The crash is still under investigation.

Traffic was diverted on Highway 21 between Highway 522 and 520 early Monday while an analyst conducted an investigation of the scene.