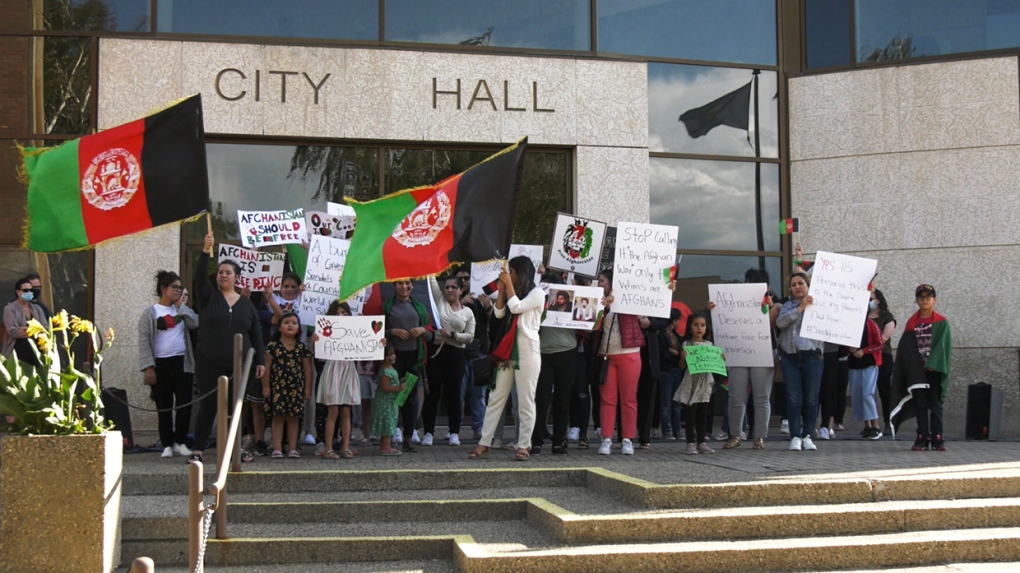 Those who attended Monday's rally to stand in solidarity with their friends and family still in Afghanistan hope to spark conversations and raise awareness of the situation.
CALGARY -

More than two dozen Afghan men, women and children gathered in front of city hall in in Lethbridge late Monday afternoon to shine a light on the humanitarian crisis in their home country.

"My parents ran away from the situation 20 years ago and here we are again. Doing the same thing, letting history repeat itself," said rally organizer and law student Hotira Balkhy.

Those who attended Monday's rally to stand in solidarity with their friends and family still in Afghanistan hope to spark conversations and raise awareness of the situation.

With an election looming, the goal is to continue to evolve the conversation on how Canada can help.

"We want our problem and our crisis to be an agenda for the Canadian election this year. We want our leaders to pay attention," said one attendee who lived under a Taliban regime in the late 1990s.

She asked not to be named out of concern for family in Afghanistan.

The group is calling on the government to further expand the Afghan Refugee Resettlement Program, engage in productive diplomacy, and provide immediate humanitarian aid.

"How are we supposed to help when they're asking us to help them?" said Balkhy. 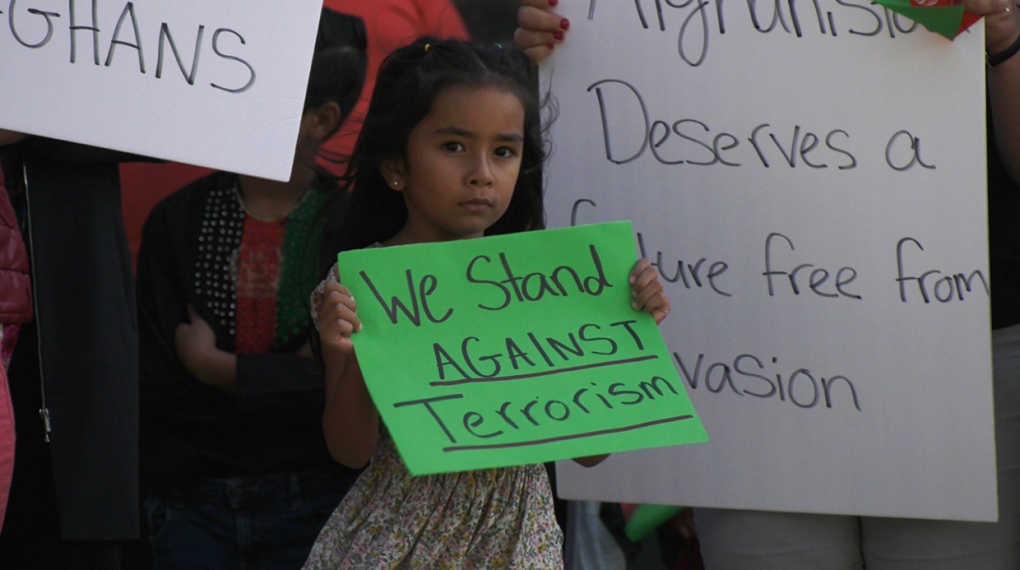 "Everybody's crying 'how can you get us out?' How are they allowing this to happen? We're their family, what can we do?"

The roughly 45 people who gathered in front of city hall heard from speakers and joined in chants of 'long live Afghanistan' and 'Death to the Taliban' in their native tongue.

Although the Afghan community in Lethbridge is small, Balkhy said their message in condemning the acts of the Taliban is strong.

"It's a community that is inhumane, doesn't respect women, men or children, therefore they can't be associated with us."

According to the Director of the United Nations' World Food Programme, the ongoing conflict compounded with the pandemic and drought means roughly 14-million Afghans are now at risk of starvation.

A prop firearm discharged by veteran actor Alec Baldwin, who is starring and producing a Western movie, killed his director of photography and injured the director Thursday at the movie set outside Santa Fe, the Santa Fe County Sheriff's Office said.