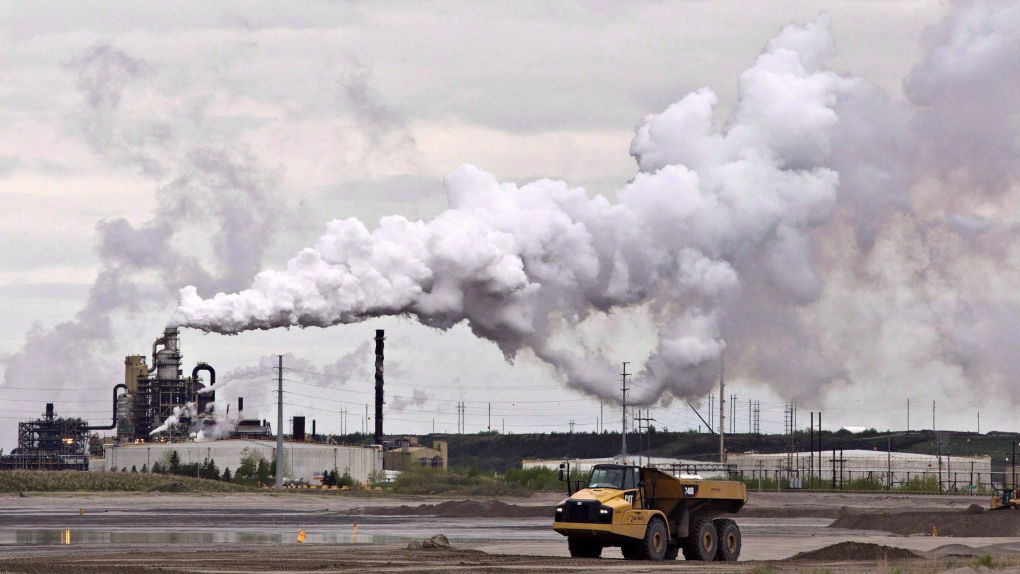 A dump truck works by an oilsands extraction facility near the city of Fort McMurray, Alberta on Sunday June 1, 2014. (THE CANADIAN PRESS/Jason Franson)
CALGARY -

Pembina Pipeline Corp. and TC Energy Corp. have announced a plan to develop a carbon transportation and sequestration system in Alberta.

The companies say the project will form the backbone of Alberta's carbon capture utilization and storage industry.

It will be capable of transporting more than 20 million tonnes of carbon dioxide annually.

Pembina and TC Energy plan to retrofit existing pipelines as well as build new systems to connect the province's largest sources of industrial emissions to a sequestration location northeast of Redwater, Alta.

They say that by using existing assets it speeds up timing of the project, reduces environmental and community impacts and is cheaper.

Pembina and TC Energy hope to have the first phase to be operational as early as 2025.