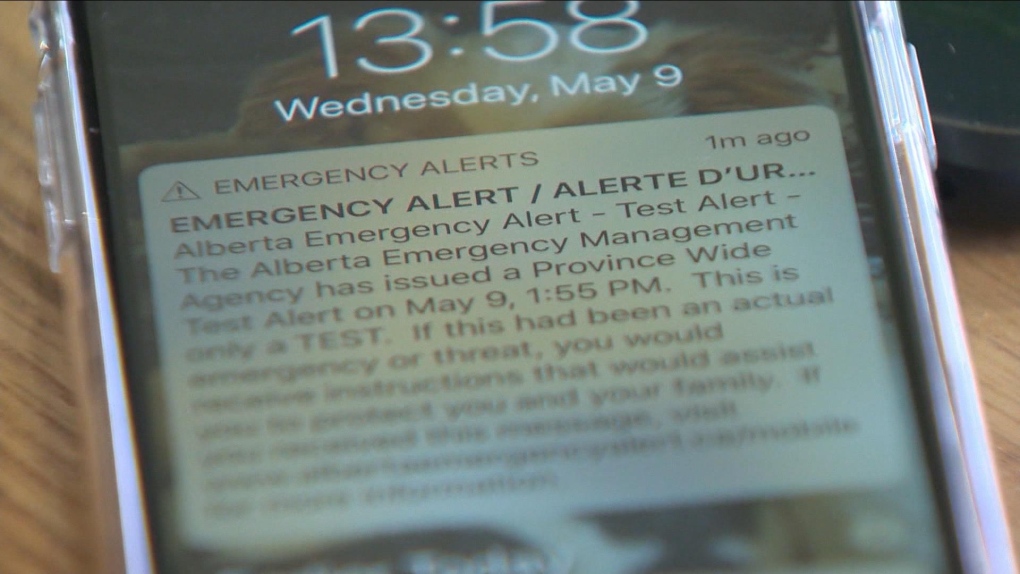 The Government of Alberta opted-out of the Nov. 25 testing of the national public alerting system, stating it has full confidence in the provincial system (file)

CALGARY -- The majority of Canadians received an emergency alert Wednesday but the notifications did not appear on mobile devices, radios and televisions in Alberta.

The provincial government elected to opt-out of the testing of the national public alerting system, joining Nunavut as the lone holdouts.

In a statement to CTV News, the press secretary for Alberta's minister of municipal affairs said the Government of Alberta has confidence in its own notification system.

"As Premier Kenney stated yesterday the province will use the Alberta Emergency Alert system to inform people of the new COVID-19 restrictions," said Justin Marshall. "We opted out of the national alert test to avoid confusion with Alberta's coming alert. As I'm sure you can understand, too frequent alerts can have the tendency of diminishing the importance.

"Alberta’s focus during this time is on keeping Albertans safe and informed of the measures in place. Nunavut also opted out of the national test today. We are confident that the alert system works for Alberta."

According to the Canadian Radio-television and Telecommunications Commission, the testing of the national public alerting system is done "to ensure it operates as intended in the event of a life-threatening situation" and no action is required by alert recipients.

Alberta will not be participating in the national test of the emergency alerting system scheduled for 1:55pm today due to the ongoing COVID-19 crisis.
Download the @AB_EmergAlert app to get emergency notifications for your area: https://t.co/xRR5HLKTDQ pic.twitter.com/zWfY9ztrGD