Photo of suspect wanted in fatal shooting released by police

CALGARY -- Calgary police are investigating after a shooting Saturday morning left one man dead and another with minor injuries.

Officials say they were called to the community at about 2:50 a.m. for reports of a shooting involving two vehicles.

During the course of the investigation, police found one of the vehicles had crashed into an LRT barricade at 36 Street and 26 Avenue N.E. 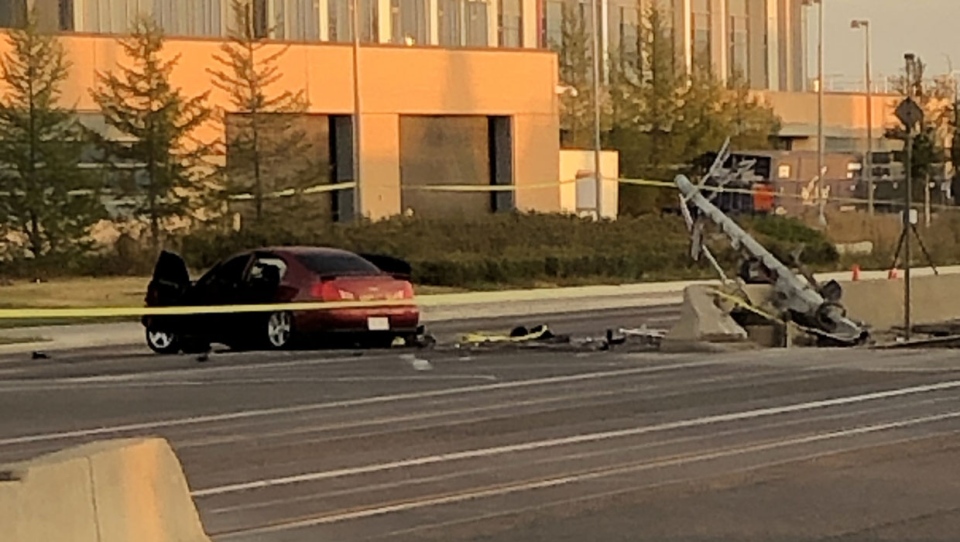 Calgary EMS found two men inside the vehicle and took them to hospital. One of the men died of his injuries while the other is in stable condition.

Investigators are now working at several scenes throughout southeast Calgary. At one of those scenes, near the intersection of 17 Avenue and 35 Street S.E. in the community of Southview, police have blocked off a grey SUV that CTV News has learned may be connected to the crime. 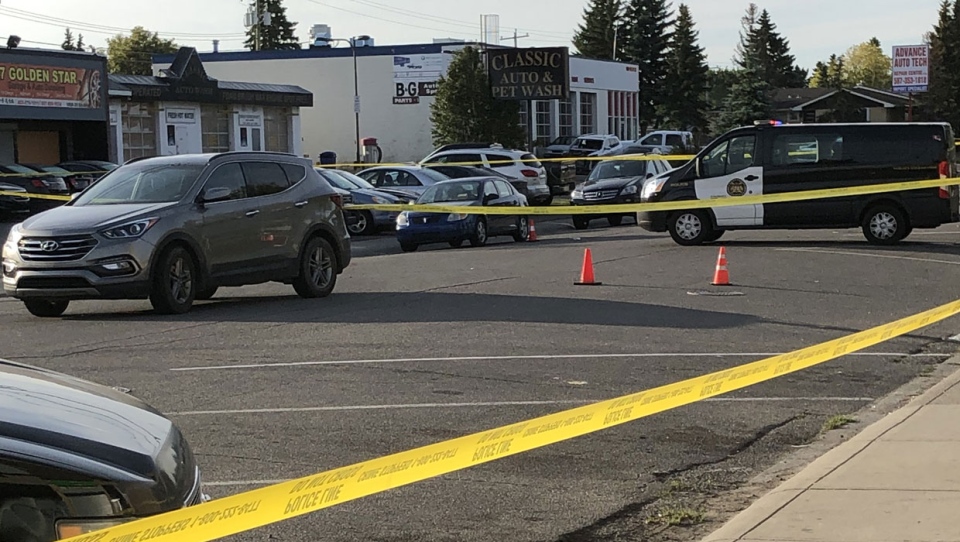 Police now say the shooting occurred as a result of an altercation that occurred outside the Portico Hookah Lounge. According to the latest release from police, it's believed two groups of males became involved in a fight and were told to leave by staff.

"Once outside, the dispute escalated and a shooting occurred. The victim initially left the scene with witnesses, however was transported to hospital by EMS after their vehicle became involved in the collision at 36 Street and 26 Avenue N.E. This victim later succumbed to their injuries in hospital," police say in a release.

Police also say a third person, who was an innocent bystander in the vicinity of the shooting outside the business, was hit by a stray bullet. EMS took that man to hospital and officials say he is in stable condition.

There are no details on any arrests at this time but police did share details about a suspect wanted in the incident.

Police are also asking the public, as well as business owners, for any information as well as photos or videos that could help them determine what happened.

The identity of the victim has not been released and an autopsy is scheduled to take place next week.

Anyone with information about the shooting is asked to contact police by calling the Calgary Police Service non-emergency line at 403-266-1234, or the Homicide Tip Line at 403-428-8877. Tips can also be submitted anonymously to Crime Stoppers through any of the following methods:

#CTRiders #BlueLine There is no CTrain service between Rundle and Whitehorn stations due to CPS matter. Shuttle buses are in place connecting you between both stations. Please catch shuttle buses from the stop located on 36 St NE. pic.twitter.com/2BuraVv7oy