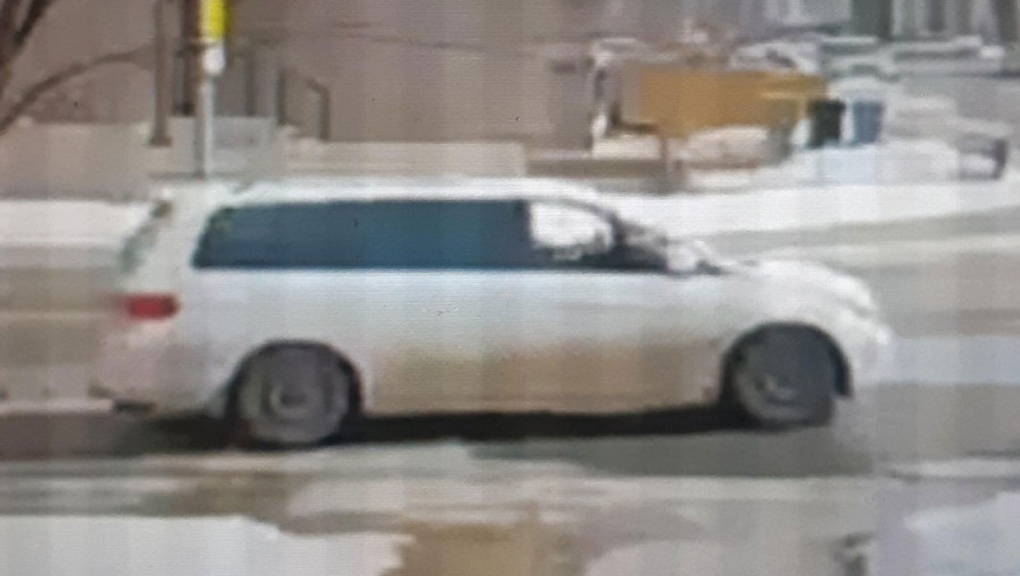 Police are hoping someone may have more information about this vehicle, believed to be connected to a possible child abduction in northeast Calgary on Friday. (Supplied)

CALGARY -- In an effort to prompt further information from the public, Calgary police have released images of a suspicious vehicle believed to be connected to an incident involving a 13-year-old girl.

The photos, collected by investigators from CCTV in the area where the incident occurred, depict a white, 2005 to 2010 Honda Odyssey.

The images do not give any further description of the driver, but police hope that in releasing them, members of the public might come forward with further information.

Officers were first notified about the incident in the northeast community of Saddleridge on Friday.

They say a 13-year-old girl was on Saddlebook Drive N.E. at about 12:45 p.m. when a man in a vehicle approached her. Police were told the man had his pants and underwear pulled down and was exposing himself.

He asked for directions, but she did not respond and attempted to walk away. Police say the man then pulled up his pants, exited the vehicle and grabbed the girl, trying to force her into his van.

The victim managed to kick him and escape, but the suspect followed her until she got home.

Anyone who may have information about this incident is asked to call the non-emergency number at 403-266-1234, or contact Crime Stoppers anonymously through any of the following methods: