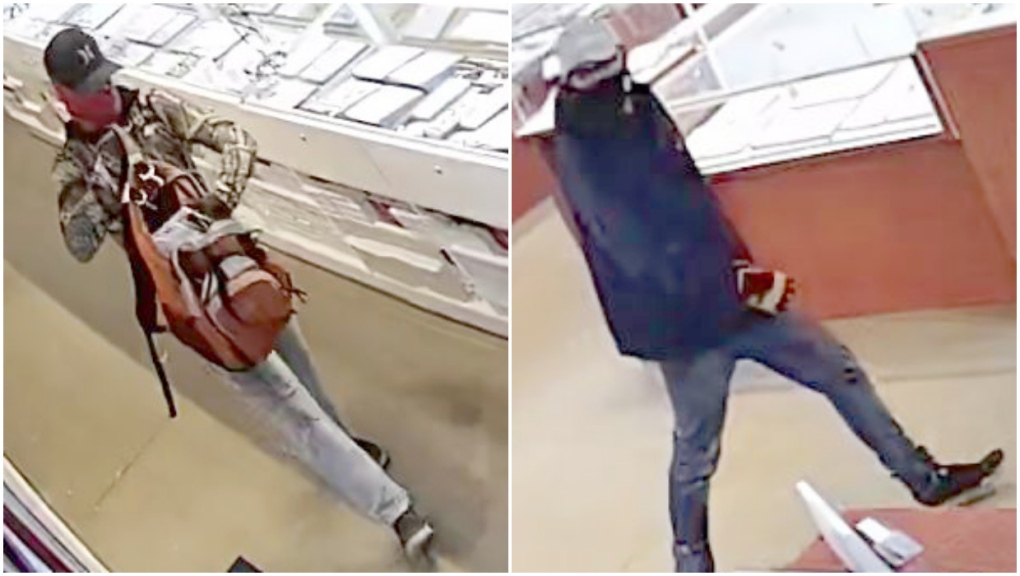 Airdrie RCMP is hoping someone will recognize two suspects in a brazen jewelry theft on Monday at CrossIron Mills Mall.

Police say two men walked into a jewelry story, both with their faces covered, just before 12:30 p.m.

One of the suspects then jumped over the counter and broke into a display case, stealing several gold chains.

The second suspect stayed at the front of the store to keep watch.

They then fled in a small, dark-coloured two-door Honda, possibly a Civic, with white custom rims.