Photos released of suspect in series of downtown Calgary robberies 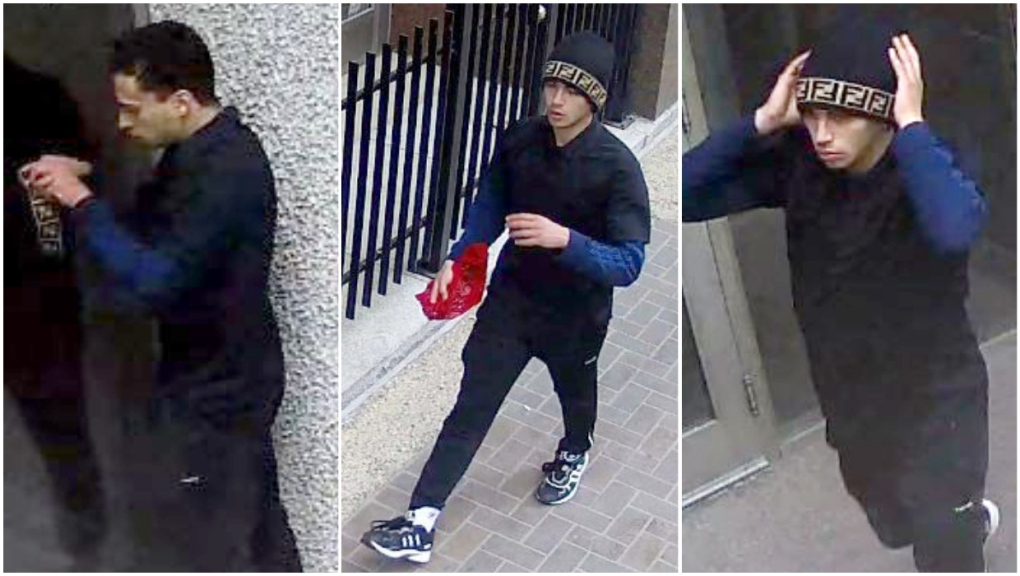 Calgary police released photos of a suspect in a series of robberies in the downtown core and Beltline areas. (Calgary police handout)

CALGARY -- CCTV footage turned up several photos of a suspect linked to a series of robberies in the downtown core last week, which Calgary police are releasing with the hope it will trigger some tips.

Police say between May 10 and 12 — last Monday and Wednesday — nine robberies or attempted robberies were reported on LRT platforms or along Eighth Avenue S.W., each involving similar circumstances and suspect descriptions.

One robbery was reported in the Beltline, near 12th Avenue and 11th Street S.W.

In each instance a man approached a female victim, showed a knife and took their cash, wallet or purse.

He was wearing dark clothing with his face and head covered by either a red bandana or a surgical mask.