Plastic in the pandemic: how the industry affects Alberta

CALGARY -- As demand for plastic surges amid the COVID-19 pandemic, Alberta-based petrochemical producers are moving to increase their recycling capacity while environmental groups call for reduced plastic use.

Nova Chemicals, headquartered in Calgary but owned by a sovereign wealth fund in the United Arab Emirates, produce materials that become these types of plastics.

“We’ve had a surge in demand for many of our products but the corresponding profitability hasn’t followed at the same pace,” said John Thayer, senior vice president of the polyethylene division of Nova Chemicals.

Thayer says there is an oversupply issue in North America.

Industry leaders say the petrochemical sector is actually performing better than others.

“You haven’t seen a falloff like you’ve seen in the forestry sector or the energy sector" said Bob Masterson, President and CEO of the Chemistry industry Association of Canada.  "It's held up very resiliently,”

“We believe the future remains very strong for plastics and the petrochemical industry especially in places like Alberta because the product has attributes that can’t be replaced.” 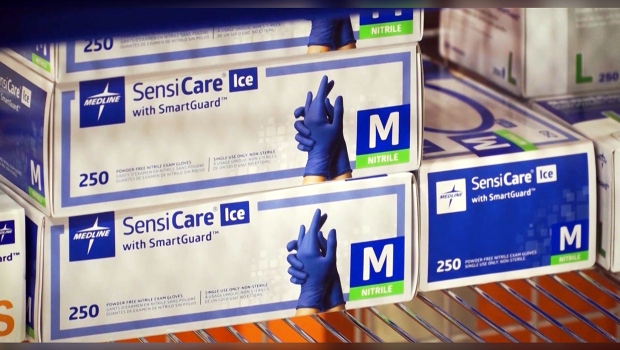 However, the issue of plastic waste which cannot be broken down as organic matter, remains top of mind for producers.

“None of us want to see those items littered or on the waterways,” said Thayer.

Perhaps that is coming.

Nova Chemicals has partnered with Edmonton-based Enerkem to research ways to break down plastic back to a “feedstock” material known as ethylene, a base material for plastic.

This will “unlock the potential of the circular economy,” said Thayer, as it would help recover and recycle plastic initially created for a single use.

Single use items have come under fire in recent years.

The federal government announced it would move to ban single use plastics in 2021 under the Canadian Environmental Protection Act.

A scientific assessment under the Act says Canadians use as many as 15 billion plastic bags every year. It also said 29,000 tonnes of plastic garbage ended up as litter in rivers, lakes and oceans in 2016.

Many municipalities around the world have issued bans already.

In a statement to CTV News, the City of Calgary says:

“The City is currently developing a single-use item reduction strategy to determine the best approach for Calgary and Calgarians — but have paused the work.

"We would like to align with the anticipated federal action on single-use items which has been delayed and would like to understand the impact of the many retailers suspending their use of reusable items, notably reusable grocery bags and reusable mugs.

"As well, we will engage Calgarians and come back to Council before any single-use item reduction strategy goes forward.”

While plastic grocery bags bundled together are accepted in the City’s blue cart recycling bins, some environmental advocates say they are noticing a plastic pile-up amid the pandemic.

“Anecdotally we’ve heard it from a lot of people they have been experiencing more waste in their day to day life,” said Isabelle Couture, co-founder of Plastic Free YYC.

She says it's been noticeable at the grocery store and coffee shop where reusable options are being avoided or refused.

"Of course recycling is part of that cycle so it is something that we need to consider and think about," she said.

She encourages shopping from local businesses that offer zero waste containers and refilling, and for residents to try as best they can during unprecedented times.