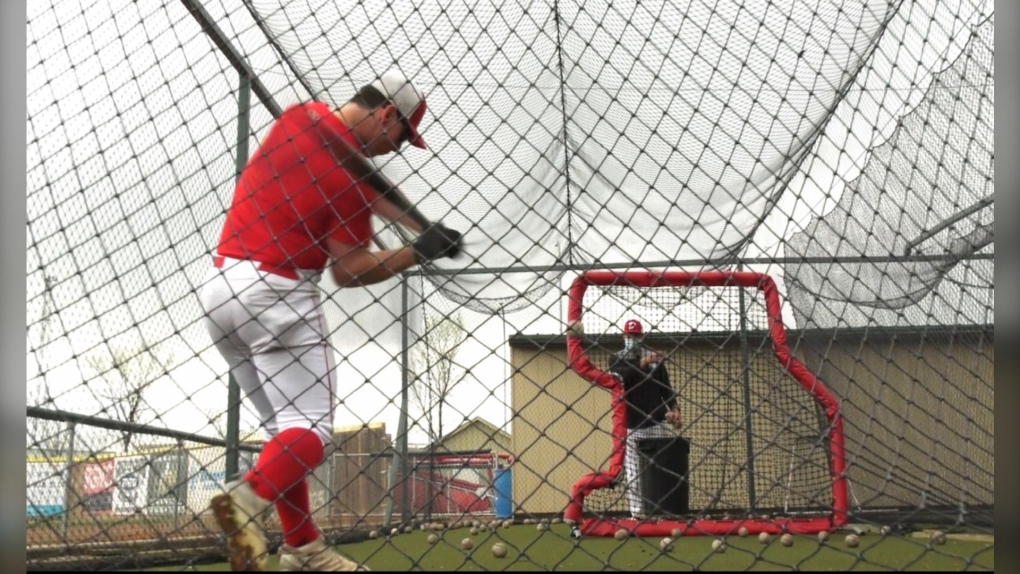 The Okotoks Dawgs are back on the baseball diamond for the first time in two months due to the COVID-19 pandemic. The Dawgs' Black team home opener is June 19 against Edmonton
CALGARY -

For the first time in far too long, an umpire in Okotoks will shout 'Play ball'!

The Western Canadian Baseball League released its schedule Monday, and the countdown is now on to June 19.

In addition to Edmonton and the two Okotoks teams, the 2021 season will also feature the Lethbridge Bulls (whose home opener takes place June 18 against the same Okotoks Dawgs Black), and an expansion team, the Sylvan Lake Gulls, each of whom will feature an all-Canadian lineup.

“We are so excited to be taking this next step in bringing baseball back to our fans,” WCBL president Kevin Kvame said. “Our governors have been working around the clock to get the schedule put together.”

The regular season will run through mid-August, followed by semifinals Aug. 16-18 and finals which will take place Aug. 20-22.

There will be social distancing measures in effect for the opening games, with the league hopeful that attendance will be allowed to increase as the season progresses.

“While we’re starting the season with a limited number of fans, as per the guidance of health officials, we’re hopeful to increase capacity as the season progresses,” Kvame added. “We’ll be exercising diligence throughout the summer to adhere to all provincial guidelines as they change and are adopted.”

More details will be announced by each team as opening day approaches.