Yano Amorin Jr. is being remembered by his loving family members and friends as a man with a passion for motorcycles, a loving husband who put family above all else and someone who would always strive to achieve his goals.

The 39-year-old was killed while riding his motorcycle on Sept. 10 during a collision on Deerfoot Trail along the Calf Robe Bridge.

Police say he lost control as he braked for slowing traffic in the centre lane. When he attempted to pick up the motorcycle that had slid into the far-right lane, he was struck by another motorcyclist and killed.

The incident is amongst the third Calgary motorcycle fatality in 2022, equal to the total number for last year, with all of them occurring in the past month.

“He encouraged all sort of groups to come together to meet up, he always said to me that he wanted to unite everyone,” said Emily

“I know what happened to my husband is a sudden passing. He tried his best to prevent any sort of road accident from happening so make please slow down and make sure everyone on the streets has a careful presence of mind while driving.” 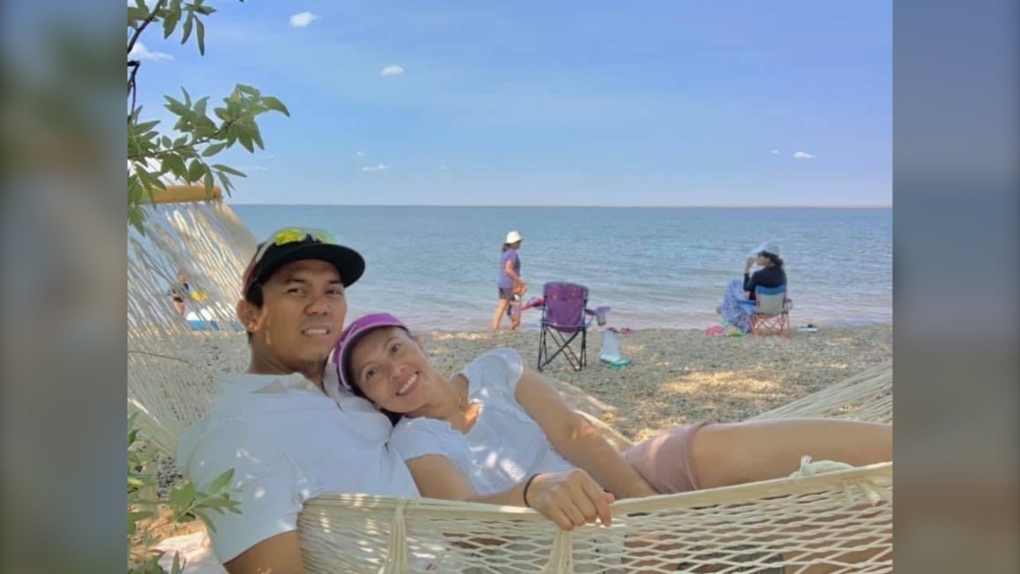 There have been 118 motorcycle crashes as of the most recent crash on Oct. 5, which sent a 40-year-old man to hospital in life-threatening condition.

Sgt. Colin Foster with the CPS Traffic Unit notes this year’s tally marks a 54 per cent increase in motorcycle crashes compared to the 76 collisions during the same period in 2021.

“We're seeing in a lot of the crashes that we've had recently that motorcyclists are doing horrendous speeds, way over the speed limit, and not giving themselves time to react to things that are happening in front of them,” said Foster.

“If you're going faster, you're more likely to get seriously hurt. That is physics. It's as simple as that. So, again, we really want to people to make sure they’re wearing the protective gear, driving within the rules, keeping to the speed limit and looking out for each other.”

Foster, a motorcyclist himself, adds that the number of crashes is in line with those recorded in the pre-pandemic years of 2016 to 2018, but this year is 38 per cent higher than the 2019 figure.

He suggests it may have to do with a longer riding season due to warmer than usual temperatures later in the season, but also a potential lack of experience or training.

“In some cases we are seeing younger guys who maybe haven’t been riding for a couple of years and get back on the bike, but they may forget what they’re doing and not be aware of their surroundings.”

Police say 60 per cent of the motorcycle crashes are the found to be the fault of the motorcyclist, sparking major concerns when it comes to the need to reduce speed and increase proper training.

'A LACK OF EXPERIENCE'

Trevor Dech has taught more than 30,000 people how to ride a motorcycle over the past three decades.

As the chief instructor at the Too Cool Motorcycle School, he says the combination of warm temperatures and increased speeding from motorcycles has likely led to an increase in collisions.

He says a lack of rider experience however is the biggest concern.,

More people are riding their motorcycles, so with more people riding there's more of a chance for mistakes to happen,” he said.

“It’s what we call the pyramid effect where there's a whole bunch of little mistakes and eventually the top of the pyramid could be a loss of life.”

Dech emphasizes the importance of wearing proper equipment and a lack of understanding just how quickly a crash can happen under extreme speeds.

“People might say ‘it's really hot so I'm just gonna wear my T shirt’ and it really comes with maybe a small little lack of respect for the dangers in the sport,” he said.

“I always say when people take my course we're always teaching them to keep driving forward so when a kid on the side of the road is waving at you for example, you're able to identify that kid and wave back because that's a connection that can really help our sport.”

There is currently no requirement of a training course before acquiring a Class 6 license and Dech suggests that some riders may forsake formal instruction often due to the $500 to $600 cost that includes a literature and a hands-on component.

“It's just about trying to keep everybody healthy and happy and looking out for one another on the roads.”