Police appeal to public for help to track down stolen trailers 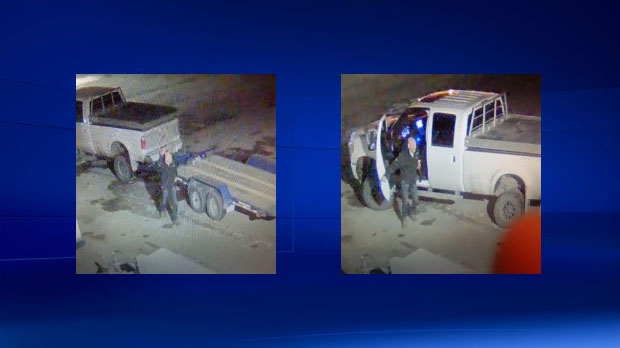 Police collected CCTV footage from the area of the truck and man.

A man made off with two utility trailers from the Foothills Industrial area early Thursday morning and police are asking the public for help to track him down.

He returned about an hour later and took another trailer that is valued at about $7000, using the same truck.

The man is described as:

The first trailer is described as:

The second trailer is described as:

Police say the truck that was used to haul the trailers away is a 2008 to 2014 model and that it has a distinct lift kit, black oversized wheels, headache rack and a sled deck in the box.

The truck also had a drop-down hitch and police say the licence plate was covered up.

Anyone with information is asked to call The Calgary Police Service non-emergency line at 403-266-1234. Tips can also be left anonymously by contacting Crime Stoppers through any of the following methods: