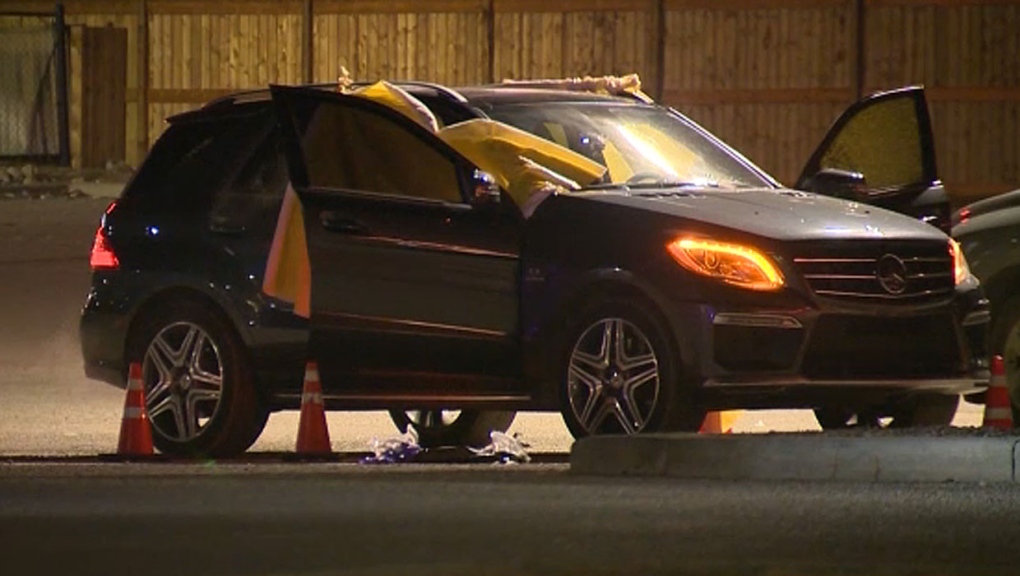 The Calgary Police Service confirms five men whom investigators believed may have had information in connection with an April 3 double homicide in the city’s northeast have been cleared of any wrongdoing.

In the early morning hours of Wednesday, April 3, two men were fatally shot in a vehicle in a parking lot in the 2400 block of 37 Avenue N.E.  The victims have been identified as 25-year-old Jasdeep Singh and 22-year-old Japneet Malhi.

Police confirm Singh and Malhi had been inside a nearby establishment prior to the shooting.

Surveillance footage collected from the Mazaj Lounge & Restaurant led investigators to identify five males as persons of interest. On Thursday night, police confirmed the fiive men have been interviewed and are not considered suspects.

Earlier this week, the CPS released images of another person of interest. The man in question contacted police and was cleared of any wrongdoing.

Investigators continue to search for a dark coloured sedan, believed to be an early 2000s model Nissan Altima, that was seen in the area at the time of the shooting.

Anyone who recognizes the suspect vehicle is asked to contact the Calgary Police Service at 403-266-1234 or anonymous tips may be submitted to Crime Stoppers.