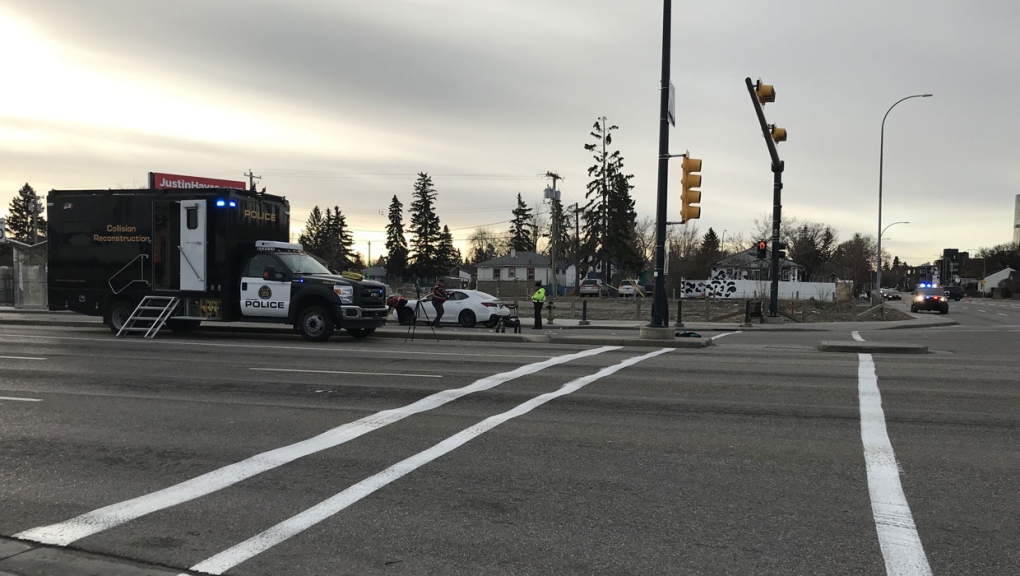 A woman, who was using a walker, is in hospital after she was struck by a vehicle while crossing the Trans-Canada Highway in Calgary on Sunday morning.

CALGARY – Police reopened an intersection in northeast Calgary because of a vehicle crash involving a pedestrian but the victim remains in hospital in serious condition.

The crash took place on Sunday morning in the intersection of 16 Avenue and Edmonton Trail N.E.

Calgary police also confirmed a pedestrian was hurt in the crash.

The Traffic Unit was called to the scene and say the pedestrian was using a walker and was in the crosswalk at the time of the crash.

There is no word on any charges against the driver.