Calgary police took one person into custody on Friday after an incident at a Beltline bank that prompted officers to shut down part of 17th Avenue.

Police were called to the CIBC in the 1200 block of 17th Avenue S.W. at roughly 9:40 a.m. for concerns of a man who had entered the building and was acting erratically.

"He started causing some property damage and making a lot of vulgar comments," said Staff Sgt. Becky Spohr. "He then proceeded to escalate and made some threats to the patrons and the employees of the bank, and made a statement suggesting he was going to go out to his vehicle and get a gun."

It was at that time that patrons left the building and employees isolated themselves in a locked room.

Spohr said the offender left the bank and then returned – though it's unknown if he actually grabbed a weapon from his vehicle or not.

"He made his way back into the bank. At that time, thankfully, everyone was safe."

Spohr said seven bank employees were in the building at the time and had "contact with police throughout" the incident.

Police shut down 17th Avenue S.W. in both directions between 11th Street and 12th Street S.W. while the situation unfolded. 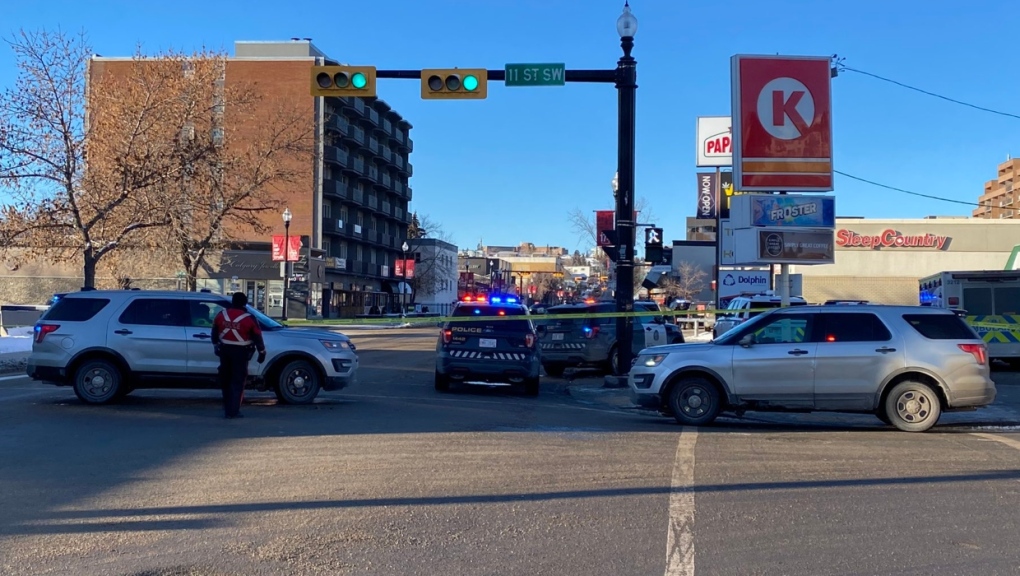 Calgary police respond to a disturbance at the CIBC in the 1200 block of 17th Avenue S.W. on Friday, Dec. 9, 2022.A heavy police presence could be seen in the area, and the public was asked to stay away.

"Certainly, it was a high-risk situation because there was an indication of a gun," Spohr said.

"Given the nature of the call, the fact that there was the potential of a weapon involved and what I'll call 'hostages' inside the bank – even though they were self-isolating – that initiated the tactical response."

Just before noon, police were seen escorting the employees out of the building.

"Eventually, we were able to talk him out of the bank and safely take him into custody," Spohr said of the suspect.

"He exited the bank and was apprehended."

Police arrested one man, described as being between 25 and 30 years old.

His car has since been towed. 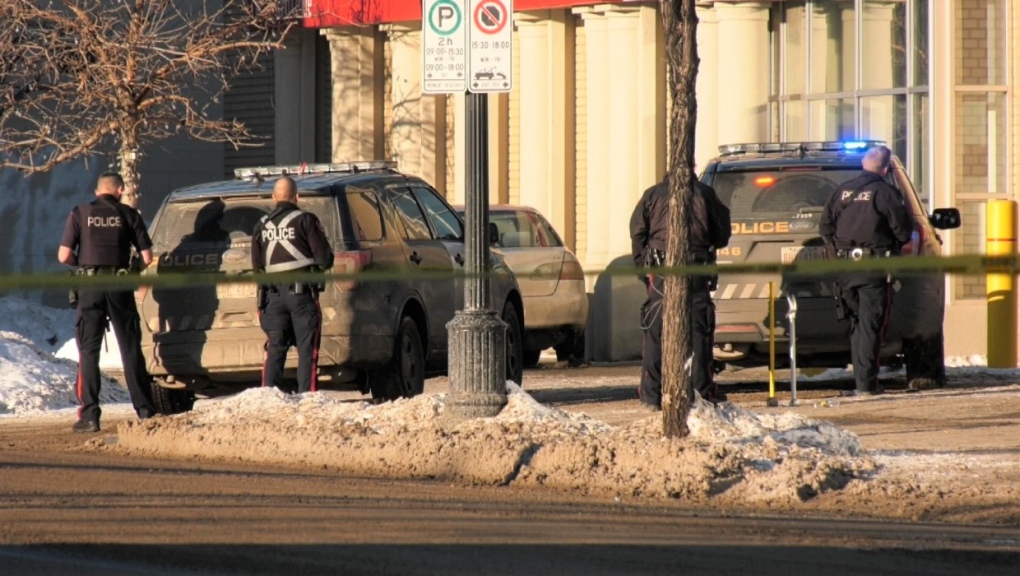 Calgary police respond to a disturbance at the CIBC in the 1200 block of 17th Avenue S.W. on Friday, Dec. 9, 2022.No injuries were reported and no money was involved, Spohr said.

She praised the employees and bank patrons who ensured their own safety by getting out of the building or into the locked room.

The section of 17th Avenue S.W. that police closed was reopened shortly before 1 p.m.

In a statement sent to CTV News, CIBC said it is relieved the situation ended without injuries.

"While incidents like this are thankfully rare, they can be very difficult for anyone involved. Our focus is on supporting the mental and emotional wellbeing of our team and our clients through services including counseling to help deal with a situation like this."

The Canadian economy grew by 0.1 per cent in November as higher interest rates began to slow spending toward the end of the year.

A suicide bombing that struck inside a mosque at a police and government compound in northwest Pakistan reflects 'security lapses,' current and former officials said as the death toll from the devastating blast climbed to 100 on Tuesday.

Canada's financial intelligence agency is stepping up the fight against the illicit wildlife trade by taking aim at the criminals who reap big profits from the global racket.