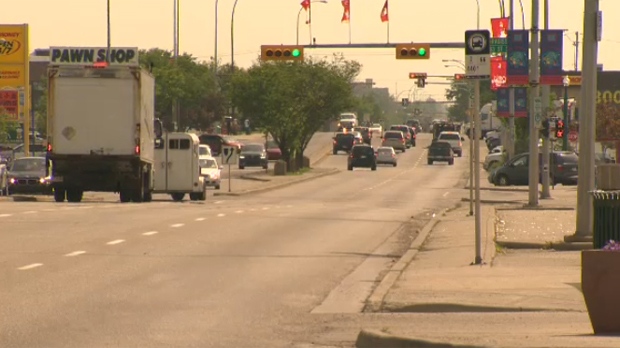 A collaborative effort from business owners, residents, bylaw officers, the Calgary Parking Authority and the Calgary Police Service has resulted in a drastic decrease in criminal activity, including drug trafficking and prostitution, along International Avenue over the last few years,

Now, police have created a Beat Team to ensure unsavory activity does not return to the area.

On Thursday, the Calgary Police Service unveiled its International Avenue Beat Team, a group of 16 constables and one sergeant, which will patrol the street on foot. The Beat Team will operate seven days a week, between 18 and 20 hours a day.

“Personally, I’ve been out here for seven years,” said CPS Sgt. Phil Hoetger. “There are a lot of excellent people. With the extra police officers, we will get to spend even more time with the businesses.”

The initiative follows a June police operation targeting street-level prostitution and drug trade along 17 Ave. S.E. and neighbouring roads which resulted in:

While police cleaned the area of criminal activity, the community came together to physically tidy their neighbourhood.