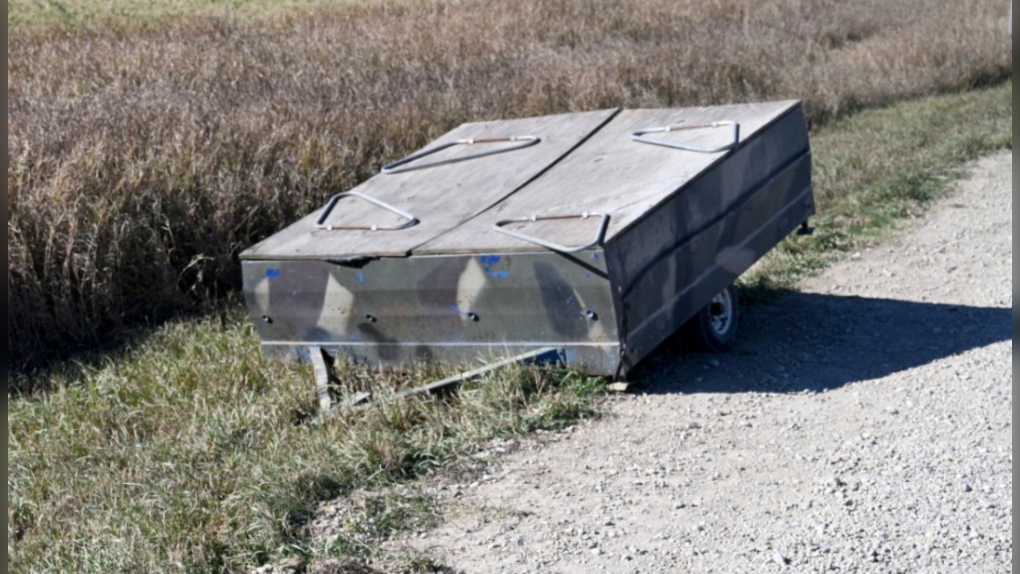 RCMP released this photo of a trailer found near Airdrie with human remains inside. (RCMP handout)
CALGARY -

Airdrie RCMP has identified a woman whose body was found north of Calgary earlier this month and released photos of the trailer her remains were discovered in.

The trailer was found abandoned on Township Road 252 in Rocky View County, near Range Road 283, northeast of the Calgary city limits between Conrich and Delacour, Alta.

The remains of Myra Dela Cruz Paule, 40, of Calgary, were found by a tow truck driver tasked with removing the trailer.

An autopsy was done this week, leading to the identification of Paule.

Alberta RCMP Major Crimes ask that anyone with information about the trailer or who may have seen it in the Calgary or surrounding area, as well as anyone who may have dash cam footage in the area of Township 252 and Range Road 283 between Sept. 24, and Sept. 27 to contact the Airdrie RCMP at 403-945-7267.

Anonymous callers can contact Crime Stoppers at 1-800-222-8477, online or by using the P3 Tips app available at Apple or the Google Play Store.