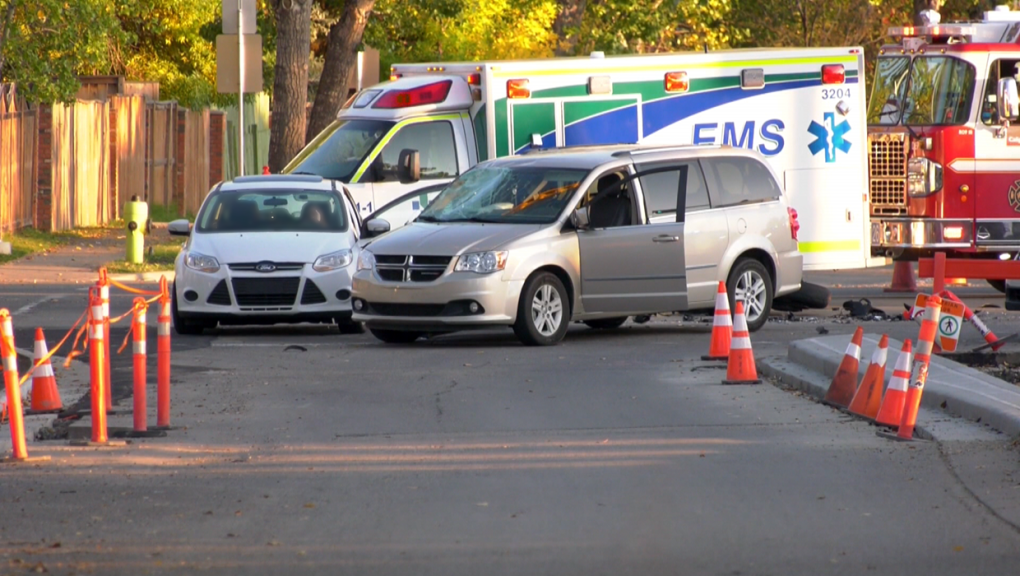 The motorcycle and motorcyclist struck the passenger side of the Dodge Caravan in the intersection.

A motorcyclist was killed in a crash in the city's southeast on Thursday evening and police say drugs and alcohol are not considered factors in the collision.

Emergency crews were called to a crash between a Honda motorcycle and Dodge Caravan at about 6:30 p.m. at Midlake Blvd and Midpark Blvd S.E.

Police say the motorcycle was westbound on Midlake Blvd. and collided with the van, which was turning onto Midridge Drive.

The motorcycle and driver hit the side of the van and the 25-year-old motorcyclist was pronounced dead at the scene.

The driver of the van, a 39-year-old woman, was not injured and remained at the scene.

The intersection was closed to traffic for several hours but reopened Thursday evening.

Police say drugs and alcohol are not considered factors in the crash.

Police are asking anyone who witnessed this collision to call police at 403-266-1234 or the Traffic office at 403-567-4000. Tips can also be submitted anonymously to Crime Stoppers through any of the following methods: