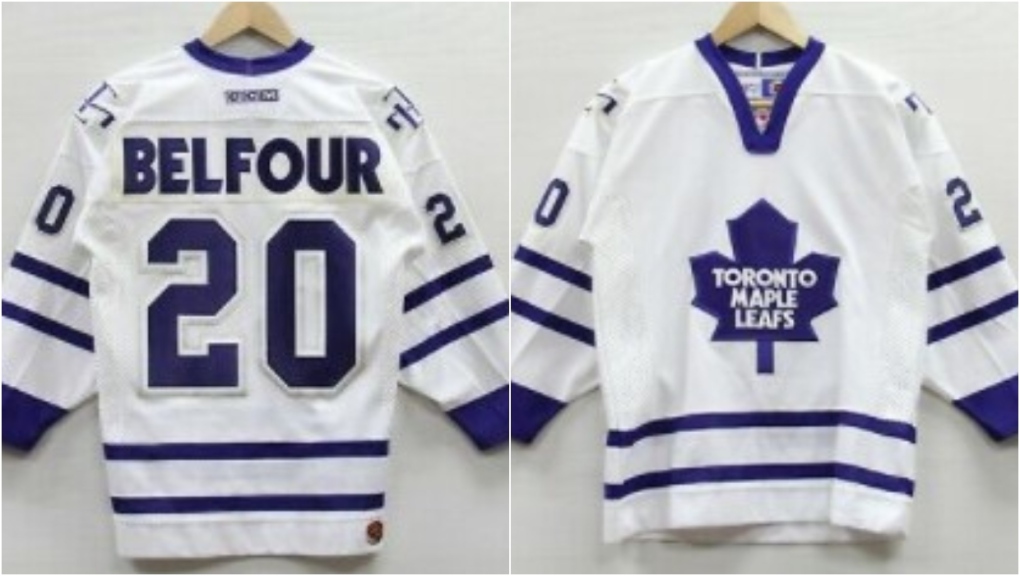 Calgary police released this stock photo of a jersey similar to the one they are searching for in connection to a series of violent attacks on Friday, Oct. 15, 2021.
CALGARY -

Calgary police are hoping to locate a piece of potential evidence as they investigate a series of violent attacks in the downtown core last week.

Three people were injured in the attacks on Friday, Oct. 15, which started just after 3 a.m.

The first victim used an emergency button at the Fourth Street CTrain Station to call for help, saying he had been slashed by someone with a machete.

About 90 minutes later, police found a second victim unconscious in a bus shelter at Sixth Avenue and First Street S.W.

A third victim was found at around the same time near the Peace Bridge.

The first two victims were rushed to hospital while the third was treated on scene.

Police said Thursday that both victims were still in hospital.

As part of their investigation, officers are trying to locate a white and blue Toronto Maple Leafs jersey that has the name Belfour and the number 20 on the back. 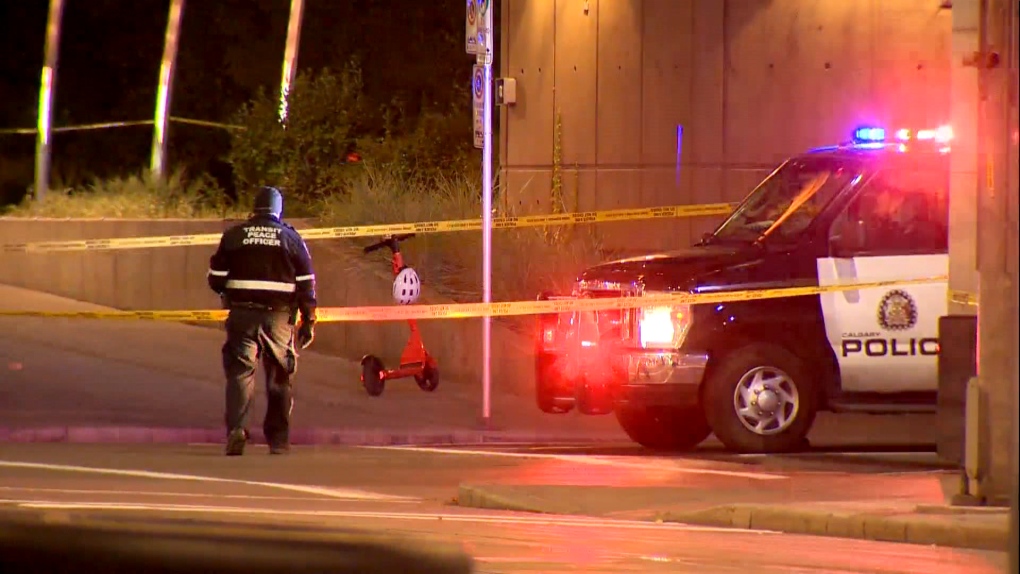 Conner Dery, 25, of Calgary, has been charged with one count of aggravated assault and one count of carrying a concealed weapon.

The charges are in relation to the victim found at the Fourth Street CTrain Station.

Dery remains in custody with his next court appearance scheduled for Tuesday, Oct. 26.

"We continue to exhaust all investigative avenues related to these attacks and recognize the gravity of these events," District 1 Staff Sgt. Kurt Jacobs said.

"We are thankful to the public for their assistance with helping us piece together what happened."

Anyone with information about the attacks is asked to call the Calgary Police Service's non-emergency line at 403-266-1234 or to contact Crime Stoppers anonymously.