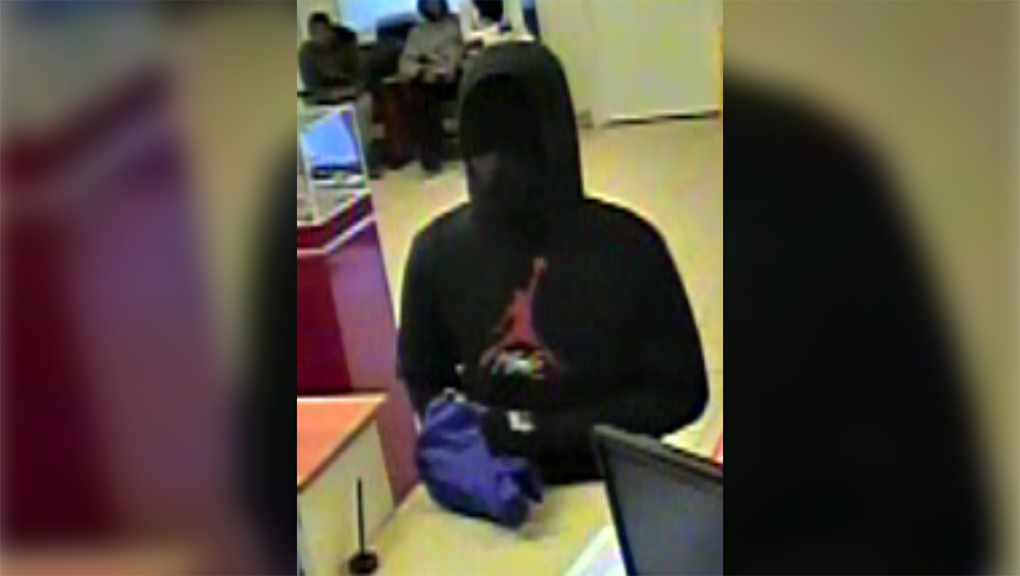 Calgary Police are investigating a bank robbery that took place at a CIBC bank in northeast Calgary.

The incident took place around 10:30 a.m. on a Monday August 26 , when a man with a hood over his head and the bottom half of his face covered entered the CIBC Branch at 5252 Falsbridge Drive N.E.. Once inside, he indicated he had a gun, asked for money from the tellers, then left with an undisclosed amount.

He’s described as black, in his twenties, between 5’10” and 6’ tall, and slender. He wore a dark grey or black Air Jordan ‘Flight’ hoodie, black gloves and was carrying a royal blue bag with a white zipper. 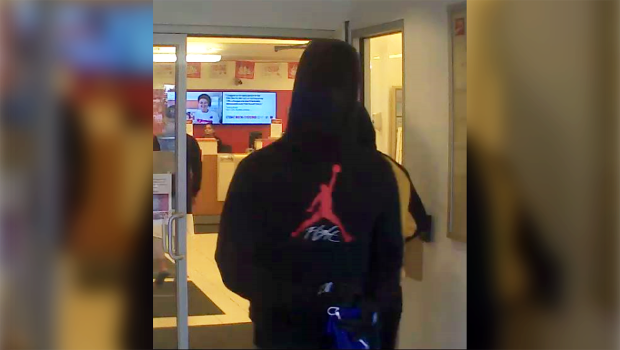