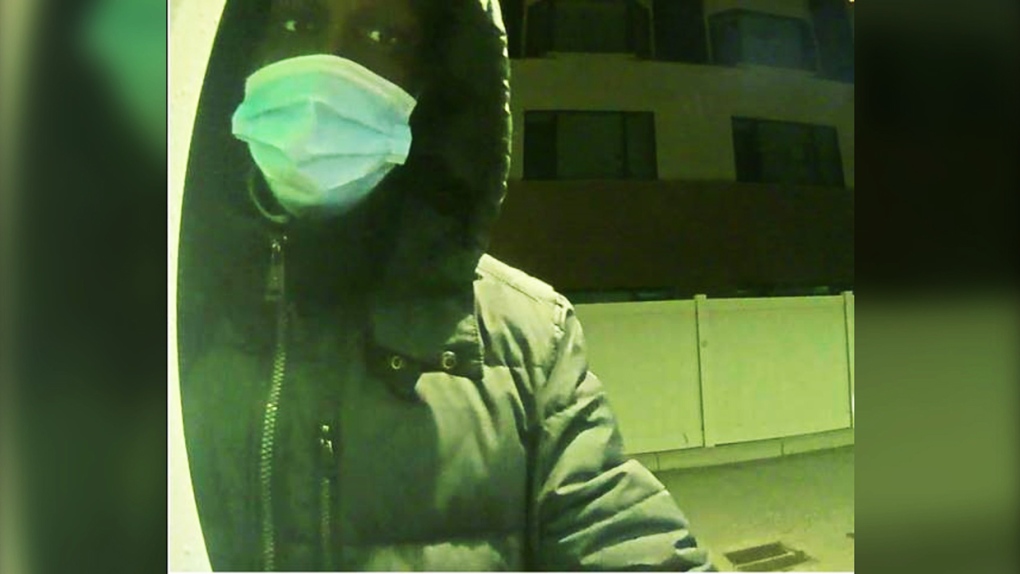 Police are seeking information about the identity of this man, who they say used a debit card stolen in a violent home invasion April 13

CALGARY -- Calgary police are asking for the public's help in identifying and locating two suspects believed to be involved in a violent home invasion in southwest Calgary.

Around midnight on April 13, two men with handguns forced their way into an apartment on the 11600 block of Elbow Drive S.W.

Once inside, they tied up the person who lived there, before stealing jewelry, bank cards, computers and cryptocurrency keys that allow access to financial accounts.

The victim was forced to reveal his PIN numbers, before he was placed in a storage room.

After the two suspects left, the man was able to free himself and call 911. He suffered non life-threatening injuries.

Shortly after that, a man unknown to the victim withdrew money from an ATM at Centre Street and 12 Avenue N.E. in Crescent Heights.

Anyone with information about the identity of the man is asked to contact police at 403-266-1234. Anonymous callers can contact Calgary Crime Stoppers at 1-800-222-8477, online or by downloading the P3 Tips app on Apple or the Google Play Store.