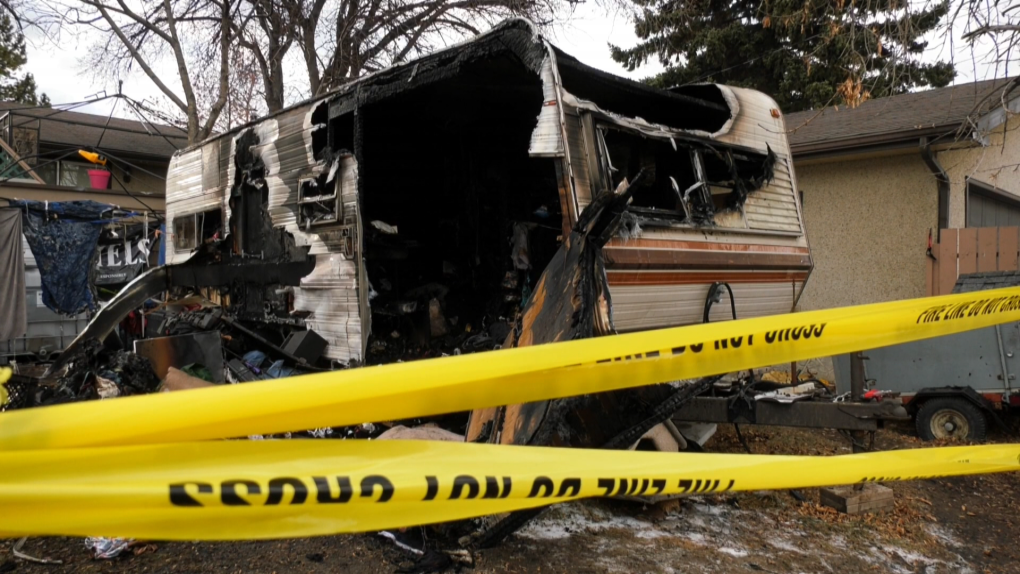 A charred trailer in a backyard of a home in Huntington Hills following a Wednesday morning fire.

No injuries have been reported following an early morning trailer fire in the backyard of a home in Huntington Hills.

Firefighters responded to a property in the 700 block of 78th Avenue N.W. shortly before 5 a.m. following reports of smoke and flames.

The RV and all of the contents within were destroyed in the blaze and a nearby fence was also damaged. Crews extinguished the fire before it could spread to the neighbouring home and detached garage.

Calgary Fire Department officials say no one was inside the trailer at the time of the fire and police are involved in the investigation.