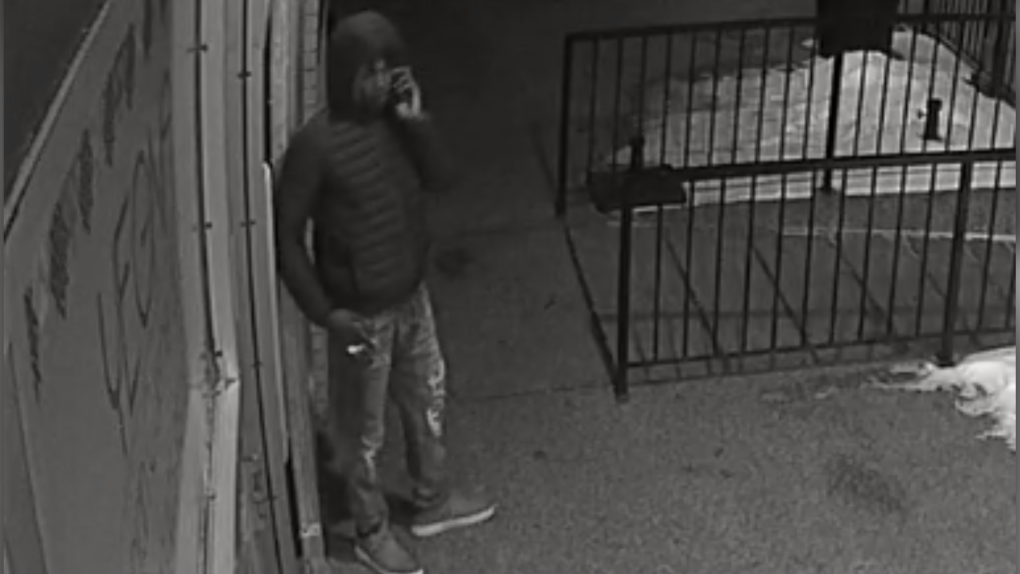 CALGARY -- The Calgary Police Service has released two photos of a man who is believed to have information in connection with a shooting along International Avenue.

In the early morning hours of Feb. 14, shots were fired into a black 2012 Jaguar XF in the 3500 block of 17th Ave. S.E. According to police, the car had been parked with two males inside. When the car drove off, someone ran up to the vehicle and fired shots into it.

The driver suffered a gunshot wound to his shoulder while the passenger was struck in the back.

The injured men continued to a nearby hospital for medical attention and police were called. Both patients have been released from hospital but continue to receive treatment.

Investigators have secured surveillance video from near the site of the shooting. On the footage, a man appears to have spent more than an hour in the area prior to the shooting.

Anyone who can identify the man in the surveillance footage or who has information about the shooting is asked to contact the Calgary Police Service at 403-266-1234 or anonymous tips may be submitted to Crime Stoppers.