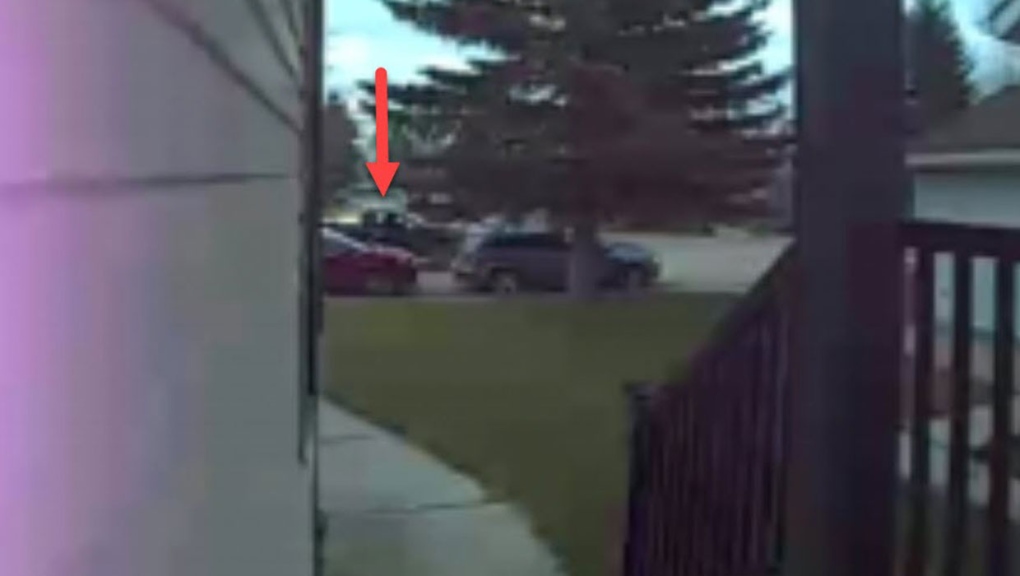 The pickup truck seen in this image, indicated by the red arrow, is suspected as being connected to three shootings over the past seven days. (Supplied)

CALGARY -- Calgary police are looking for public information that could help in an investigation into a number of shooting incidents that occurred over the past week.

In the first incident, that took place early Monday, police say a suspect fired a shotgun into the front door of a home in the 0-100 block of Shawinigan Way S.W.

Five days later, at about 5:15 a.m. Saturday, residents in that same area heard a gunshot. Approximately half an hour later, a home along Queen Anne Place S.E. was shot at with a shotgun.

No one was injured as a result of the shootings, but police are investigating all three incidents.

They believe a truck, described as a black, early 2000 model Dodge or Chevrolet pickup, was involved the shootings.

The vehicle was caught on CCTV fleeing the scene and witnesses of all three incidents have also reported seeing the truck.

There are no descriptions available of the driver.

Anyone with information on this incident is asked to call our non-emergency line at 403-266-1234. Tips can also be submitted anonymously to Crime Stoppers through any of the following methods: