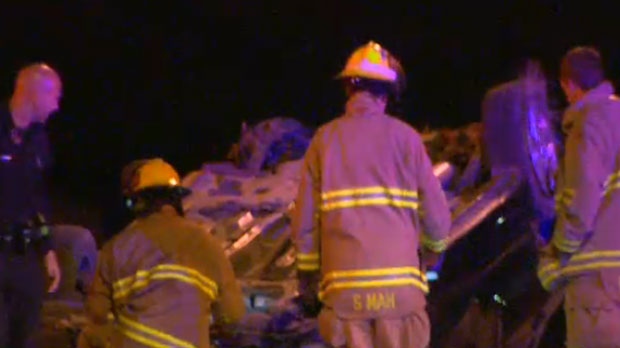 Calgary police are looking for the driver of a vehicle involved in a crash along Stoney Trail  in the city’s northeast..

Police believe the driver lost control and rolled the vehicle into the grass.

When emergency crews arrived at the scene, the vehicle was unoccupied.  The CPS K-9 unit was called in and police searched the surrounding area, but were unfruitful in their hunt.