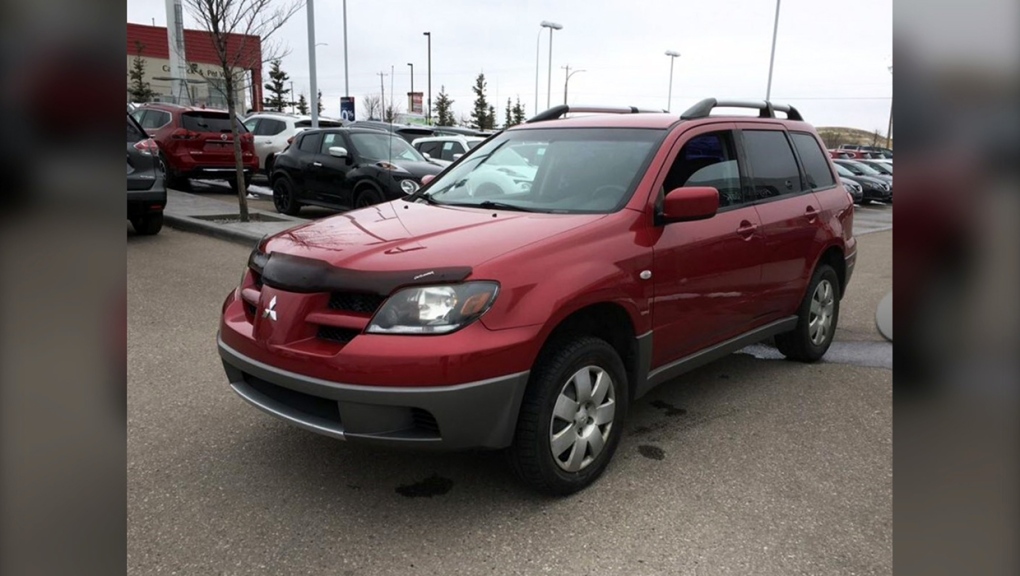 Police are seeking information about the carjacking of this vehicle, which took place Wednesday afternoon in West Hillhurst.

CALGARY -- Calgary police are looking for the public's help in identifying the suspect of a daytime carjacking that took place Wednesday.

The incident took place around 1 p.m. in West Hillhurst, when a woman sitting in a 2003 red Mitsubishi Outlander on 16th Street between Bowness Road and Westmount Road N.W. was approached from behind by a man, who opened the driver's side door.

The man, who was white, in his 20s and about six feet tall, had blond hair and wore a camoflauge print bandana across his face. He wore shorts and a black tank top with white lettering on it, and was carrying a khaki-coloured backpack. He also had a screwdriver in his hand.

The man told the woman to get out of her car, which she did. He got in and drove towards Memorial Drive.

The police say that if anyone finds themselves in a similar situation, they should do exactly what the woman did, then call police when it's safe.