Police searching for 2 suspects in Springbank area robbery and assault

Police searching for 2 suspects in Springbank area robbery and assault 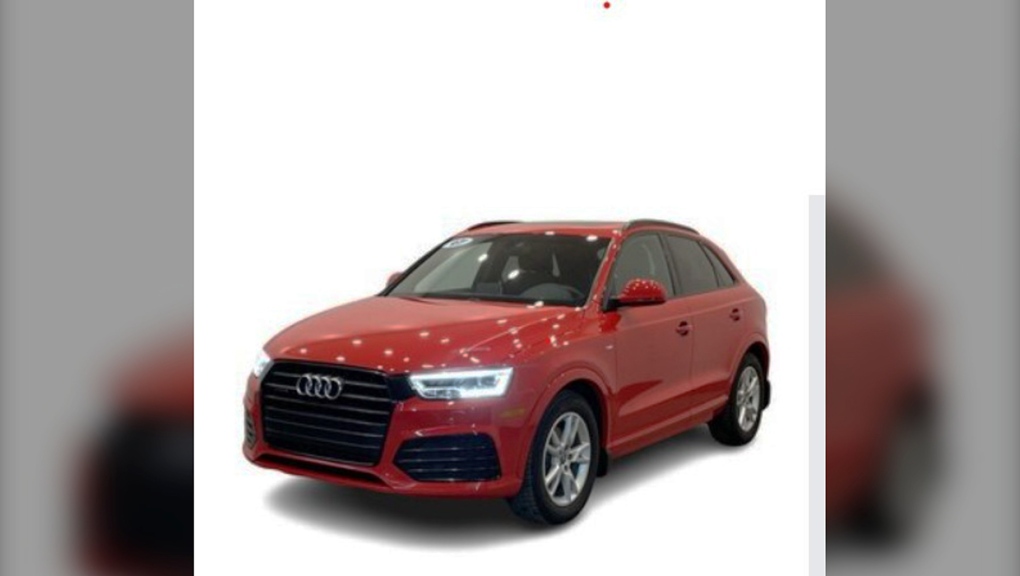 The suspects' vehicle is described as a red 2017 Audi 3 with Alberta license plate PTY518. The vehicle was reported stolen from Turner Valley.

Cochrane RCMP are looking for two suspects in a theft and assault that took place Friday morning in the Springbank area.

Around 9:50 a.m., officers were dispatched on reports of a theft that took place around Springbank, in Rocky View County.

A man was working in his garage when he went inside his house. When he came back, he discovered someone stealing things from the garage.

The suspect fled into a waiting vehicle, where a second man was waiting.

A confrontation took place, which ended with the victim being bear sprayed, then dragged as the suspect's vehicle left the scene, causing him to sustain minor injuries.

Later, the victim was treated on scene by EMS and released.

The suspects' vehicle is described as a red 2017 Audi 3 with Alberta license plate PTY518. The vehicle was reported stolen from Turner Valley.

He was last seen wearing a green traffic vest and getting into the driver's seat of the stolen vehicle.

The second suspect is a man who was wearing a similar green traffic vest, who was in the passenger seat during the incident.

Police believe these suspects could be armed. Police ask that if you see them, please call 911, and not approach them.

Anyone with video footage shot in the area around Crooked Pond Creek and Lott Creek Drive in Rocky View County on Sept.15 between 9:30 a.m. and 10:15 a.m. is asked to contact Cochrane RCMP at 403-851-8000 or your local police. Anonymous callers can contact Crime Stoppers at 1-800-222-8477, online or by downloading the P3 Tips app available at Apple or the Google Play Store.