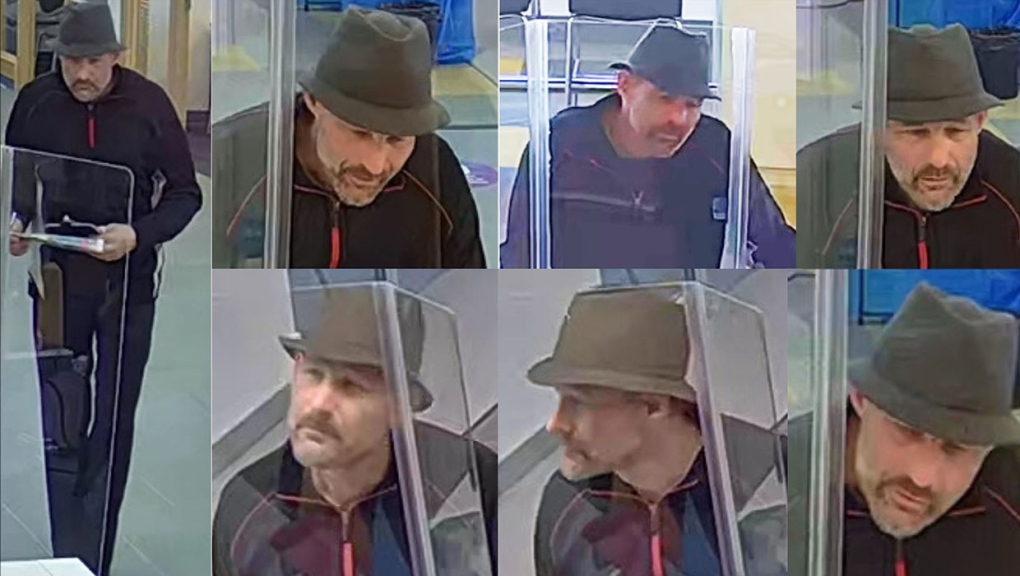 RCMP have released surveillance images of a man who allegedly withdrew more than $26,000 from a victim's account using an ill-gotten debit card (supplied)

CALGARY -- RCMP are attempting to identify a man who allegedly secured a debit card using fake identification and helped himself to the contents of the victim's bank account.

According to RCMP, the suspect entered an ATB in Airdrie in early July and obtained a debit card by producing falsified documents. The suspect is said to have known the victim's name, Social Insurance Number and date of birth.

In the hours after securing the debit card, the suspect made withdrawals from ATMs in Calgary and outside the city, including stops at the Grey Eagle Resort & Casino and Elbow River Casino.

RCMP say the total amount of the withdrawals from the account exceeded $26,000 before the bank locked the card due to unusual activity. The victim, who lives in theTurner Valley area, reported the theft to his local RCMP detachment.

Surveillance images of the suspect have been released.

Anyone who recognizes the person in the footage is asked to contact local police or anonymous tips may be submitted to Crime Stoppers.