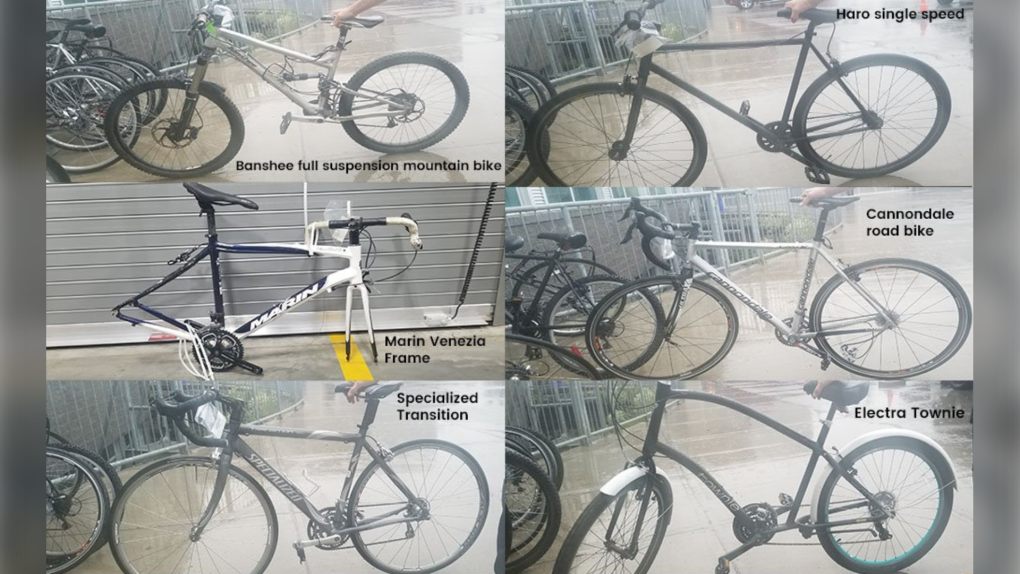 Police say three of the bikes have been traced back to their rightful owners but six remain unknown.

Two people are facing charges in connection to a bicycle chop-shop investigation that resulted in the recovery of nine high-end bikes.

Investigators say the serial numbers on the stolen bikes were changed before they were sold online and a search warrant was executed on a residence in the 900 block of 18 Avenue S.W. on July 4.

Officers recovered nine bikes with an estimated value of $15,000 along with a number of identity documents, stolen property and a small quantity of drugs.

Dawn Marjorie Ings, 41, was arrested at the residence on 17 unrelated criminal code warrants.

Three of the bikes have been returned to the owners but police are searching for the owners of the six remaining bikes.

Anyone who may have lost a bike with the following descriptions is asked to contact police:

Investigators say proof of ownership will be needed to claim the bikes, such as the serial number.

Police say the investigation is ongoing and further charges are pending.