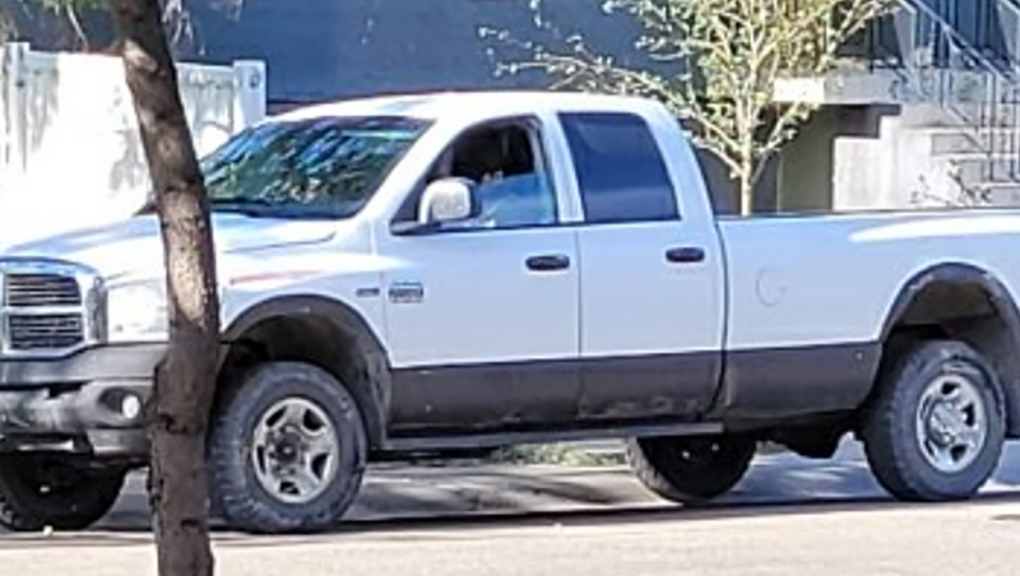 Police are releasing an image captured by a CCTV camera of the truck that they believe the suspect was driving when the shot was fired.

Calgary police seek public assistance to help them identify the owner of a truck they believe was involved in a Thursday shooting in the southeastern neighbourhood of Raddison Heights.

After interviewing several people, including the complainant and witnesses, police believe an argument took place between two men at the residence, followed by one man leaving. He then returned and allegedly drove by, fired a shot at the residence, and fled the scene before police arrived.

Police are releasing an image captured by a CCTV camera of the truck  they believe the suspect was driving when the shot was fired.

It's described as a white 2006 Dodge Ram truck.

Anyone with information about the vehicle or suspect is asked to contact police at 403-266-1234.

Anonymous callers can contact Crime Stoppers by calling 1-800-222-8477, online or by downloading the P3 Tips app available at Apple or the Google Play Store.