Police are looking for public assistance in locating a man in conjunction with a Friday morning stabbing in southeast Calgary.

EMS responded shortly after 4 a.m. to McKenzie Towne Lane S.E. and transported a man they believe to be in his 30s to Foothills Medical Centre in serious but stable condition.

Police believe an altercation took place between two men who knew each other, with one stabbing the other. Neighbours describe hearing loud bangs and arguing but say they were surprised to hear a stabbing took place. 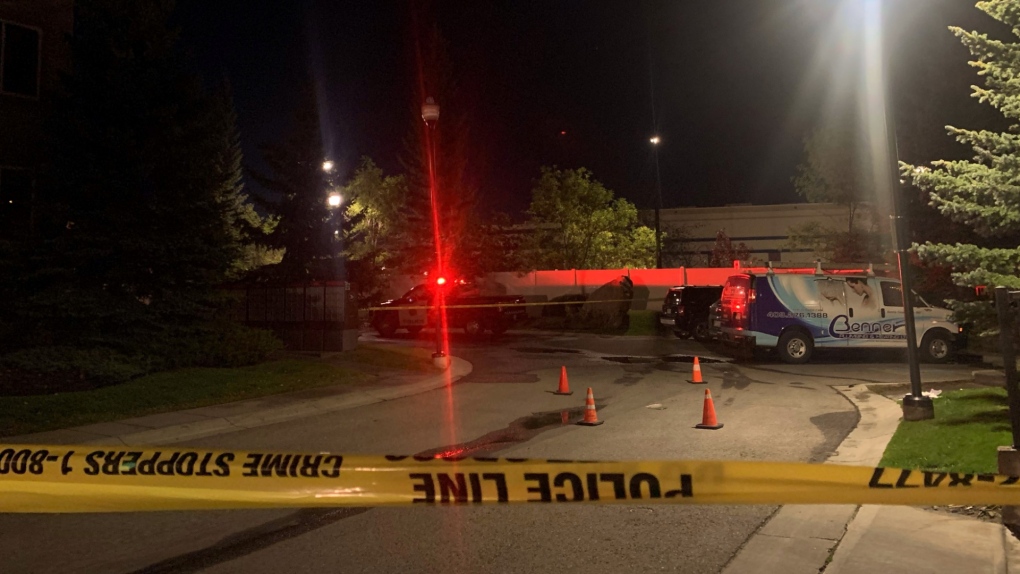 Police tape on McKenzie Towne Lane S.E. Friday morning during the investigation into a stabbing that sent one man to hospital.

Police are looking for information concerning the whereabouts of 35-year-old Mark Jonathan Semak, who is charged with one count of aggravated assault and two counts of failure to comply with a court order.

Semak is described as 175 centimetres (5'9") tall, with a medium build, brown hair and blue eyes. He was last seen wearing a black tank top, dark shorts and dark sandals.

Anyone with infomation is asked to contact Calgary police at 403-266-1234. Anonymous tipsters can contact Calgary Crime Stoppers at 1-800-222-8477, online or by using the P3 Tips app available at Apple or the Google Play Store.