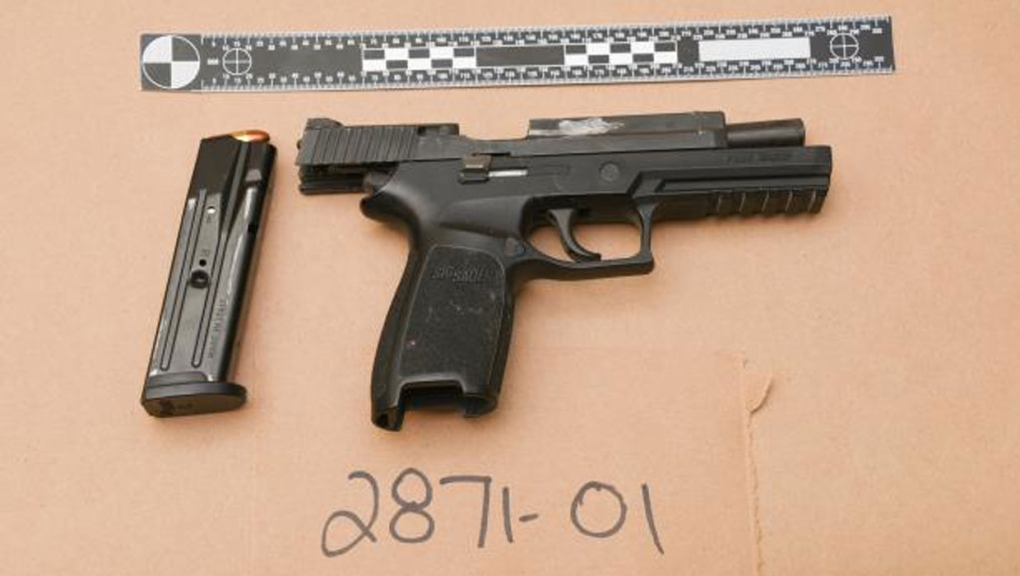 A 25-year-old Calgary man has been charged after a loaded handgun and quantities of drugs were found inside a southwest home. (Supplied)

Calgary police say charges have been laid against a 25-year-old man in connection with a drug trafficking operation that officers had been investigating for the past eight months.

Officials say police first identified an individual in September 2021 who they say was trafficking drugs in Mission.

During the operation, police found a number of pieces of contraband:

Police say the drugs have an estimated street value of approximately $115,000.

Juan Ruiz Durango, 25, of Calgary, is charged with:

Police say the seizure of the firearm is a positive step toward ending the rise of gun violence in Calgary.

"Addressing gun violence continues to be a priority for police," said Staff Sgt. Travis Baker of the Calgary Police Service general investigations unit in a release. "Gun violence doesn't just impact those involved in crime – it puts our entire community at risk and we are pleased that we were able to get this restricted firearm and drugs off the street."

Anyone with information about this incident is asked to contact police by calling 403-266-1234. Tips can also be submitted anonymously to Crime Stoppers through any of the following methods:

The Crown is seeking to revoke bail for Tamara Lich, a leader of the "Freedom Convoy," after she appeared alongside a fellow organizer in an alleged breach of her conditions.