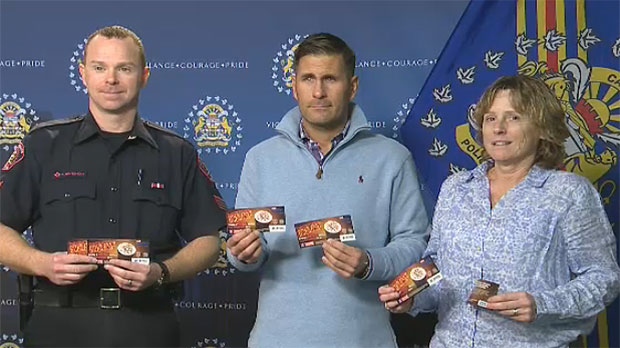 In 2010, the Positive Ticketing Program was recognized as the largest program of its kind in North America.

Calgary police partnered with Mac’s Convenience stores last year to reward youngsters for positive behaviour and officials say the program is also an opportunity for officers to interact with young people in the community.

The Positive Ticketing Program allows police to build relationships with youth in the community and reward good conduct by giving out vouchers for hot and cold beverages at Mac’s.

“While some police officers will use the coupons to reward youth for things like wearing their bicycle helmet, doing good deeds, participating in community activities, picking up trash, deterring crime or observing school crossing rules others will use the coupons as ice-breakers to establish a rapport with the youth in their patrol area,” said Sean Sportun, ISCP, Manager, Security & Loss Prevention for Mac’s Convenience Stores Inc.

The year-round campaign was started in Ontario and was rolled out in Calgary about 18 months ago.

“Since the introduction of the Mac’s Positive Ticketing Program in the summer of 2007, more than 1.3 million Operation Freeze and Operation Heat positive ticketing coupons have been strategically issued by police officers to recognize and motive youth for positive behaviour,” said Sportun.

So far about 2,350 tickets have been redeemed for beverages by youth in the city.