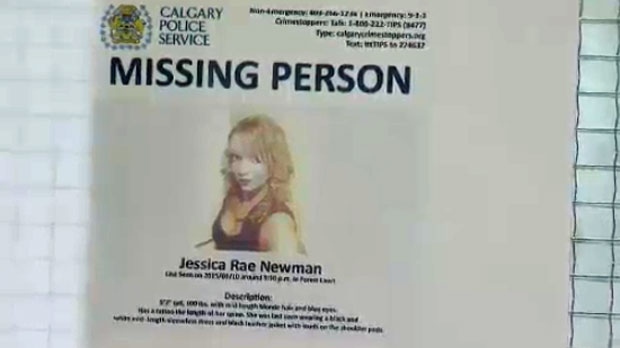 A mother has been assured by the Calgary Police Service that they won't stop looking for her daughter.

Jessica’s mother posted a letter on Facebook which she received from investigators this week.

In the letter they stated that they would work to find the truth about what happened to her daughter.

They also reached out to the alleged abductor saying “Jessica’s case is not going away.”

They went on to say “the best advice to you is to do what is right and contact police.”

The Major Crimes Unit took over the investigation at the end of March. They say they’ve collected valuable information about the missing woman.

Officers are asking the public to come forward with any information they might have, no matter how small or insignificant they think it is.