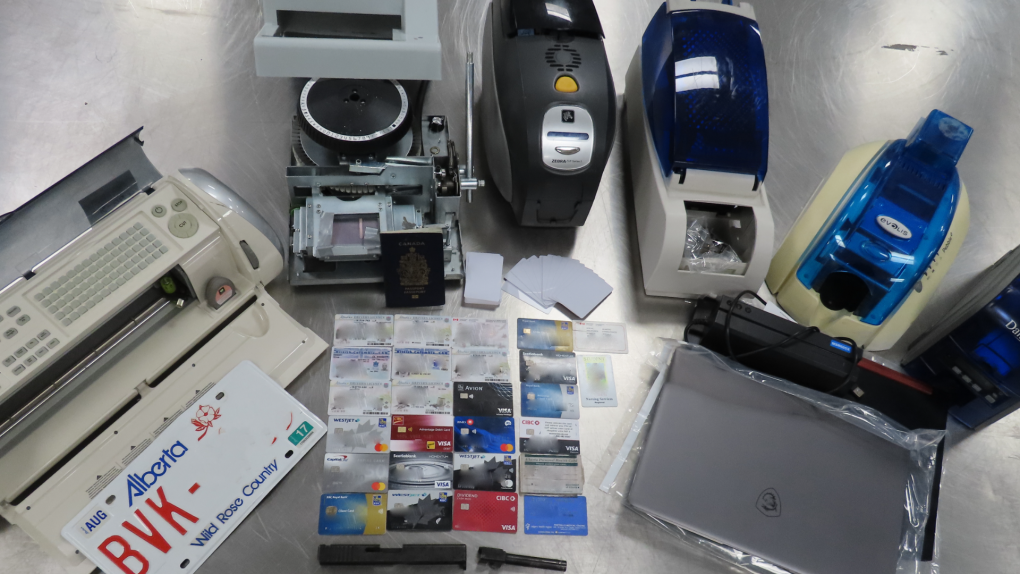 Machines used for forging identification and credit cards were seized during the Dec. 2 search of a Beltline condo unit and a vehicle. (Calgary Police Service)

The Calgary Police Service has recovered hundreds, if not thousands, of pieces of stolen mail and shuttered an identification forgery lab at a Beltline condo complex.

Members of a condo board in the 500 block of 12th Avenue S.W. reached out to police regarding problematic tenants who were suspected of stealing packages and mail belonging to others who lived in the building.

An investigation into the missing mail led to the Dec. 2 search of a condo unit as well as a vehicle.

The search resulted in the seizure of:

Emerson was scheduled to appear in court on Jan. 3 while Hart was expected to make a court appearance on Tuesday.

Canada's newest millionaire, an 18-year-old university freshman from northern Ontario, has achieved a lot of firsts with a recent lottery win. Here is her story.

A Portuguese dog named Bobi has been named the world’s oldest living dog by Guinness World Records, which claims the pooch is also the oldest canine ever recorded.

A letter of support signed by 30 prominent Quebecers, including academics, activists, and community leaders, is asking that Amira Elghawaby be given the chance to fulfil her mandate as Canada's first special representative on combating Islamophobia.

Ukraine unveiled a criminal case on Friday against the boss of Russia's Wagner mercenary company, and promised to track down and prosecute the company's fighters who try to flee abroad.