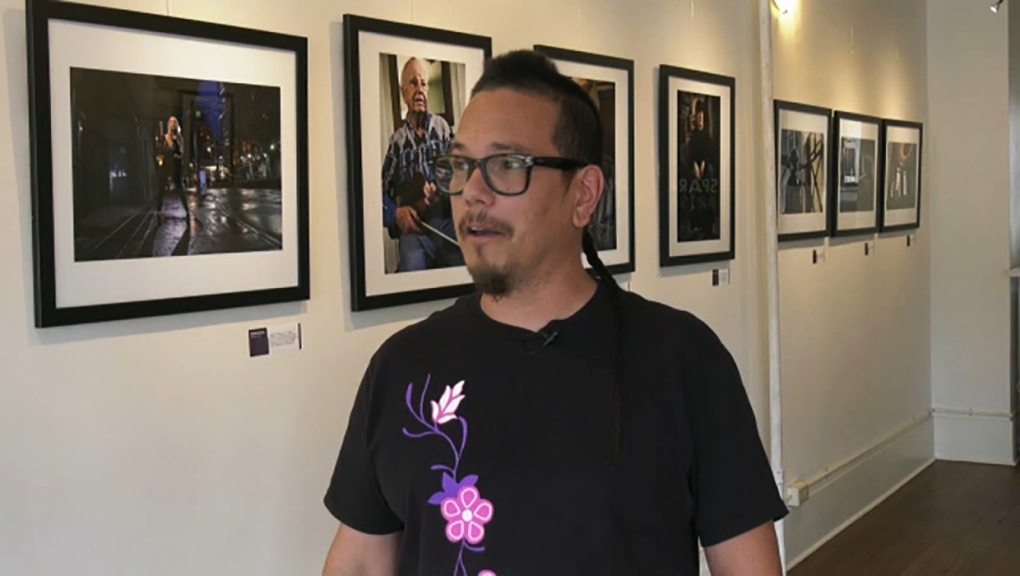 A Calgary Indigenous artist is showcasing years of work in a new interactive portrait exhibit.

It was a project five years in the making. Kunkel started it to honour his dad's musical career and it just grew from there.

“The Alberta Portrait Project features people who call Alberta home and who make this place so great. It is ultimately a celebration of our experiences growing up here,” said Kunkel, in a release. “I’ve included people who are recognizable and unrecognizable, however each person is equal in how they have contributed to Alberta’s story.”

Besides those recognizable names, there are others, like Kunkel's family barber, who aren't so instantly recognizable.

“I wanted to have the opportunity to celebrate those who have made deep and positive impacts within Alberta’s community, who may not have otherwise had the chance to be showcased,” said Kunkel.

The interactive aspect of the exhibit is that visitors can become part of it.

Throughout July, co-creator Jenny Tzanakos, will be on hand at the Sparrow Artspace to take optional photos of visitors to be added to the collection of portraits.

“As with all Sparrow Artspace exhibits, this will be an interactive space, where people will have the opportunity to contribute to the art in their own way,” said Tzanakos. “Everyone is welcome to come by and engage with our space.”

The Alberta Portrait Project is open Thursdays to Sundays at Sparrow Artspace. For more information, go to sparrowartspace.com.

Ten months after launch, NASA's asteroid-deflecting DART spacecraft neared a planned impact with its target on Monday in a test of the world's first planetary defence system, designed to prevent a doomsday collision with Earth.