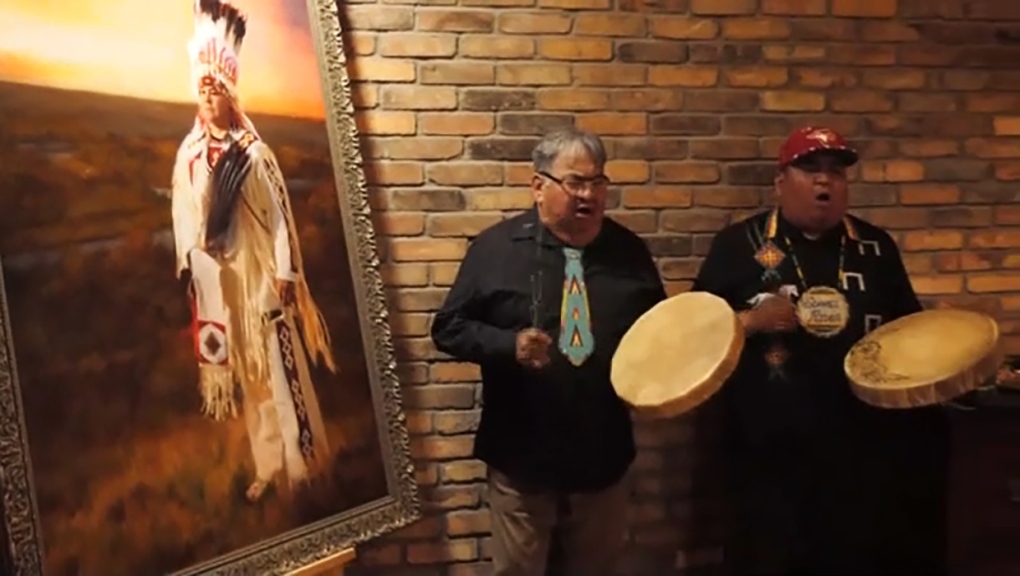 Artist Keating unveiled the painting at a ceremony held at his art studio on Manning Road in northeast Calgary.

Keating unveiled the painting at a ceremony held at his art studio on Manning Road in northeast Calgary.

Ouray is the fourth Chief Crowfoot of the Siksika Nation, following in the footsteps of his great great grandfather, and was joined at the unveiling by the third Chief Crowfoot, Srater Crowfoot.

Keating described the work as one of the most important of his entire career. It portrays the chief in traditional dress, overlooking his ancestral land.

Ouray Crowfoot and Siksika Nation are just back from a journey to England, where regalia belonging to the Blackfoot were officially returned by the City of Exeter which had kept it since 1878.

Keating has done commissions for the royal family, presidential families, been featured in books and magazines, in addition to speaking in front of over 160,000 people. 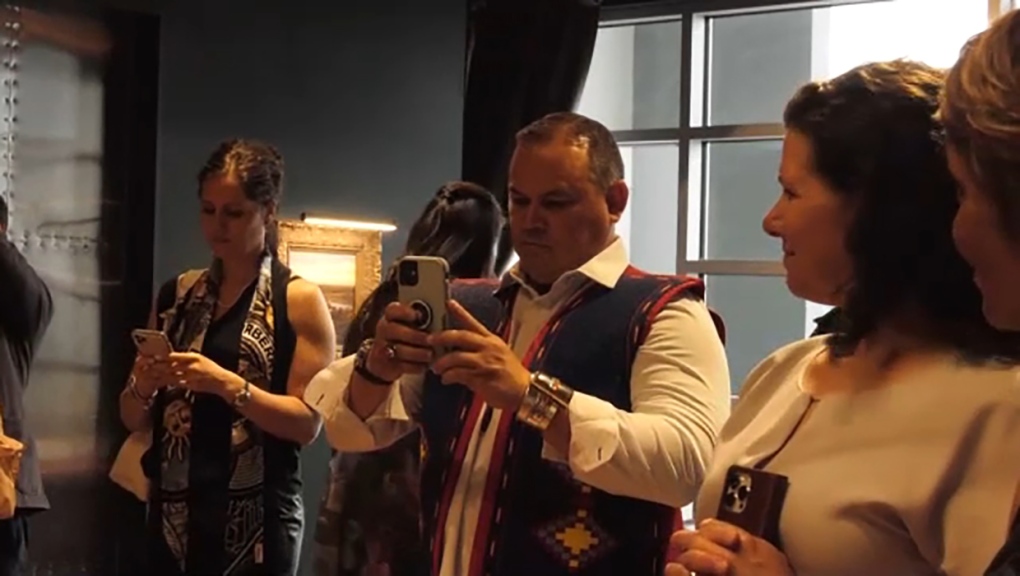 Siksika Nation Chief Ouray Crowfoot at the unveiling of his portrait, July 2, 2022