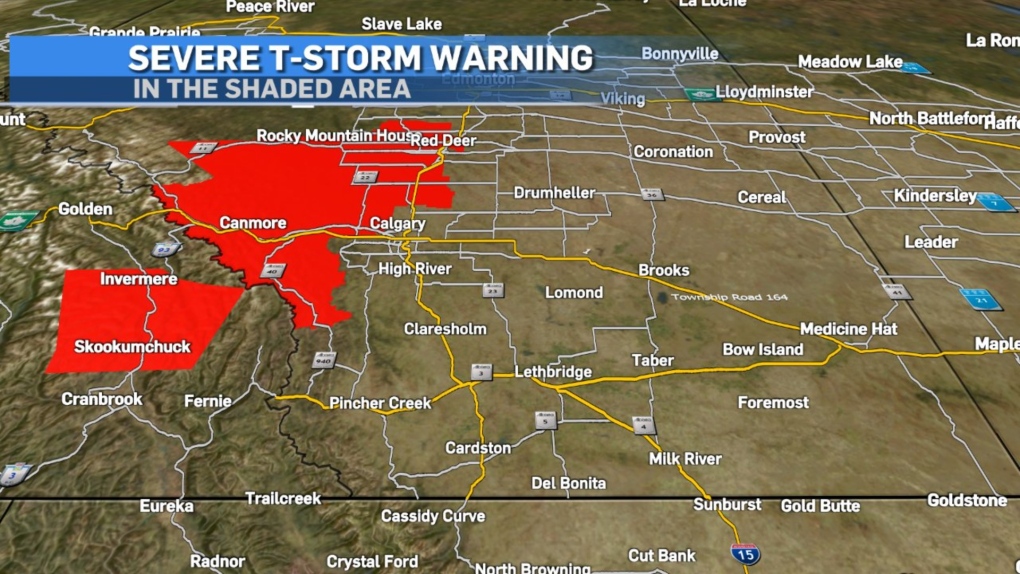 Severe thunderstorm warnings in Alberta as of Tuesday morning.
CALGARY -

Environment Canada has issued severe thunderstorm warnings north of Calgary as heat warnings remain in place south of the city.

Warnings are in place ahead of the impending arrival of showers and thunderstorms travelling into the province from British Columbia.

As of Tuesday morning, severe thunderstorm warnings are in place for the following regions:

Severe thunderstorm watches, where the threat is less severe, have been issued for the mountain parks:

While areas to the west and north of Calgary are at risk of thunderstorms, areas to the south and east remain under heat warnings with forecasted highs in the 30 C range.

For the latest information on weather warnings in the province, visit Environment Canada – Public Weather Alerts for Alberta.

Jacob Hoggard expected to be sentenced today, faces up to 10 years in jail