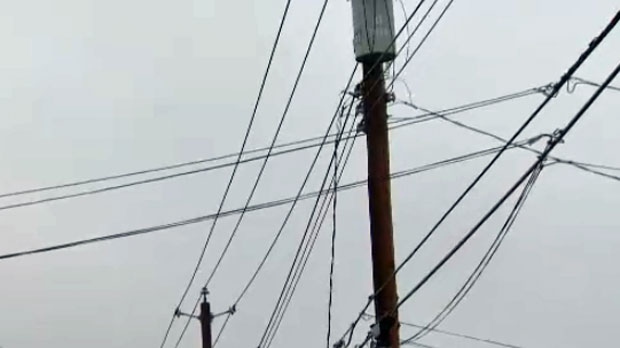 CALGARY -- Power was partially restored to a Calgary neighbourhood Wednesday after Enmax reported outages  that left traffic lights out in Erlton and the power off in surrounding neighbourhoods.

Several people reported seeing two big explosions that one witness said "turned the sky neon blue", one around 8:25 and another about 10 minutes later.

Enmax tweeted that power was out, then back on, then back off again throughout the evening, where the wind chill was in the vicinity of -40.

At 9:35 p.m., an Enmax spokesperson confirmed that power was partially restored.

"I can confirm that there is an outage in Erlton, originally impacting 700 customers," wrote a media spokesperson named Gina. "200 remain out. A primary wire was downed and overhead crews are on site investigating the cause and working to safely restore power as quickly as possible.

"Restoration time is being determined and will be posted as soon as it's known at Enmax.com/outages."